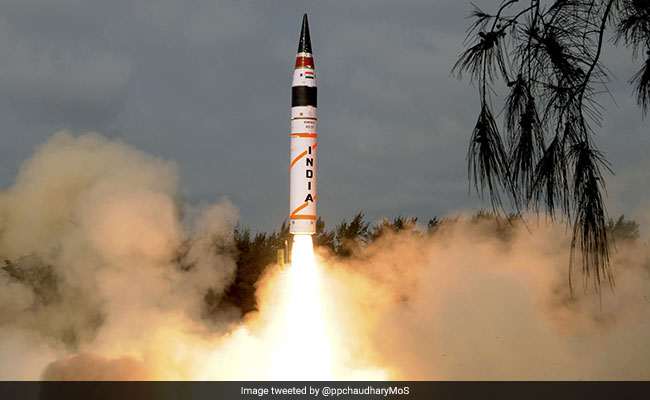 ICBM Agni-V is most advanced missile in the Agni series.

India successfully test-fired nuclear capable surface-to-surface Agni-5 Ballistic Missile today, boosting indigenous missile capabilities and deterrence strength of the country. Agni-5 is the most advanced missile in the Agni series with a strike range of over 5,000 kilometres. Agni-5 was test-fired at about 9:54 am from launch pad number 4 of the Integrated Test Range (ITR) in Abdul Kalam Island, earlier known as Wheeler Island, off Odisha coast. During the test-fire, the sophisticated missile travelled for 19 minutes and covered 4,900 km. With the first testing of Agni-5, India had become a part of the super-exclusive club of countries with ICBMs or inter-continental ballistic missiles in 2012.