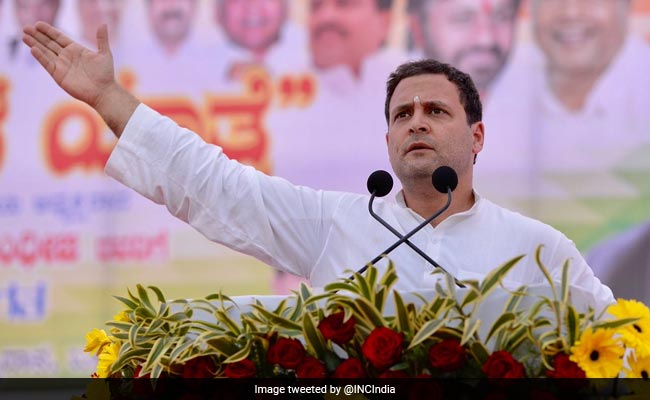 New Delhi: Congress president Rahul Gandhi, back last night in India from a short vacation, assessed the results of assembly elections in the northeast today, accusing the BJP of "usurping" power through a proxy in Meghalaya.

"With just 2 seats, the BJP has usurped power in Meghalaya, through a proxy. Like in Manipur and Goa, showing utter disregard for the mandate of the people. Obsessed instead with grabbing power, using big money to create an opportunistic alliance," Mr Gandhi tweeted on Monday evening.

The Congress emerged the single largest party in Meghalaya as votes were counted for assembly elections in three northeast states on Saturday, but in a now familiar script, it was the BJP that managed to bring together its allies - who had contested elections separately - and others to reach the target of 31 MLAs needed to form government.

Elections in Manipur and Goa had played out in exactly the same manner last year - the Congress was the largest party with no party getting a majority, but failed to get support to form government.

On Saturday the party flew top central leaders Kamal Nath and Ahmed Patel to Meghalaya capital Shillong as it became clear that the state was headed towards a hung assembly, but was outwitted again by the BJP that strategically played to a plan. The Congress was even ready to concede the chief minister post to its supporters but alliance partners were wary of upsetting the BJP leadership.

Conrad Sangma, who leads BJP ally the NPP (National People's Party), will take oath as Meghalaya chief minister tomorrow. The Congress is furious that despite winning just two seats in the state, the BJP was able to play a key role in government formation. The NPP is the second largest party with 19 seats. The Congress has won 21.

The Congress has not only lost Meghalaya, one of the few states it still ruled, it drew a blank in both Tripura and Nagaland. The party had won 10 seats in Tripura in the last elections five years ago and eight in Nagaland and this year's results indicate a complete erosion of the party's base in the states. 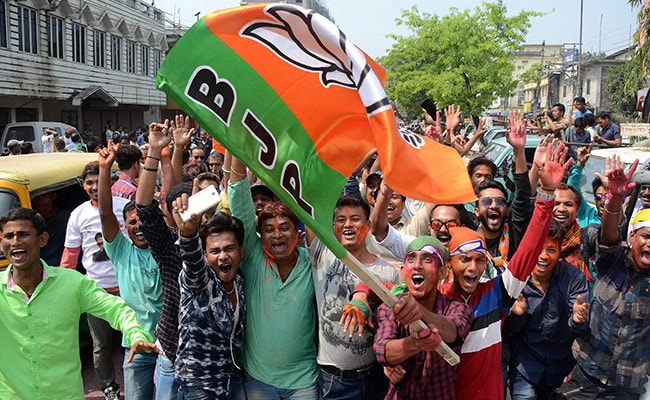 The BJP-IPFT alliance claimed a thumping majority in Tripura on Saturday.

Its chief rival the BJP, has meanwhile, gone from zero seats five years ago to 35 seats this time - 43 along with an ally - in Tripura's 60-member assembly. In Nagaland, the BJP's alliance with a regional party NDPP managed to get the support of an independent and a smaller party to stake claim to form government, making it three on three for the party.

Rahul Gandhi tweeted that his party respects the mandate in the three states and pledged his commitment to "strengthening our party across the North East and to winning back the trust of the people."

He was away in Italy when the election results were announced, tweeting his holiday plan on Thursday last, "My Nani is 93. She's the kindest soul ever. This Holi weekend, I'm going to surprise her! I can't wait to give her a hug...."

With the exception of Punjab last year and tiny Puducherry in 2016, the Congress has had a disastrous run in state elections after the party fared its poorest ever in national elections in 2014, won handsomely by the BJP.

The northeast setback comes ahead of elections in five states, including two that the Congress rules - Karnataka and Mizoram - and then the 2019 national election.

Karnataka is up next and an upbeat BJP president Amit Shah, celebrating the Northeast win, has declared that a BJP victory is certain.
Comments
Rahul GandhiConrad Sangma