"Hopefully, the Modi government will reconsider its decision and sit down with the affected farmers to listen to their concerns," Speaker of Wisconsin State Assembly Robin J Vos said. 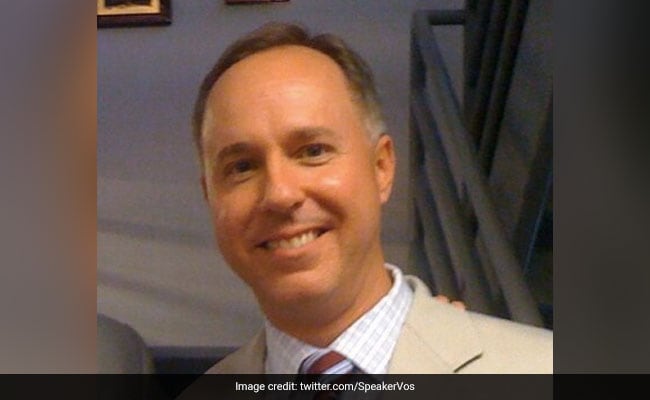 Wisconsin State assembly speaker expressed his support through a letter to India's Ambassador to the US.

Voicing his support for the farmers' protest in India, the Speaker of Wisconsin State Assembly has urged the Indian government to reconsider its decision on the three farm laws and listen to the concerns of the affected farmers.

"One thing Wisconsin and India may have in common is our large agricultural economies. The farmers of our state are a very large part of our overall economy. It would be unfathomable to me that we would make law changes that affect them without taking their input into account, or by shutting them down as they exercised their right to peaceably assemble," he wrote in his letters dated January 4.

"Hopefully, the Modi government will reconsider its decision and sit down with the affected farmers to listen to their concerns," Mr Vos said.

India has called the remarks by foreign leaders and politicians on protests by farmers as "ill-informed" and "unwarranted", asserting that the matter pertains to the internal affairs of a democratic country.

"We have seen some ill-informed comments...relating to farmers in India. Such comments are unwarranted, especially when pertaining to the internal affairs of a democratic country," External Affairs Ministry Spokesperson Anurag Srivastava said last month.

"Recently, I was made aware of three new laws that may have a great impact on the farmers of Punjab. It is my understanding that these three laws were implemented with little to no consultation with this large community of farmers, and have sparked massive protests in Delhi," Mr Vos said in his letter to Sandhu.

"While my job does not usually call me to opine on relations between the United States and other countries, I write as a US citizen who represents Indians in Wisconsin. I ask that in your consultations with Prime Minister Modi you convey my concern for violations of human civil rights and the right to peaceably protest," he said in his letter to the Indian ambassador.

Wisconsin has a sizeable Sikh population.

In his letter to Mr Juster, Mr Vos said he was writing as a US citizen who represents Indians in Wisconsin.

"I ask that in your consultations with Prime Minister Modi and his government, that you convey a concern for violations of human civil rights and the right to peaceably protest. I trust you agree that these are fundamental bedrocks in American society and we should do all we can in our diplomatic relations to ensure that they are bedrocks in the countries with which we have diplomatic ties," Mr Vos wrote.

Eminent Sikh American Darshan Singh Dhaliwal welcomed the letters written by Mr Vos and said that farmers of the entire India, not only Punjab, were suffering.

"Repeal of the three farmers'' laws is the right thing to do. Farmers do not want these laws," said Dhaliwal who left for India on Tuesday to show solidarity with the protesting farmers.

He said he was in talks with several US Congressmen for a visit to India to meet the protesting farmers and get a firsthand assessment of the situation on the ground.

Meanwhile, the Indian embassy has increased its outreach to members of the US Congress briefing them about the various aspects of the farm bill, and the right of the farmers to protest and the several rounds of talks that the government has had with the leaders of the protesting farmers.

During these briefings by senior officials of the Indian embassy, the lawmakers and their staffers are being given the historical perspective of the agricultural sector in India and the problems that this sector is facing, including the falling income of farmers.

Ambassador Sindhu has spoken to a few eminent Congressmen. The Indian embassy is also reaching out to members of the Indian community.

Members of US Congress and their staffers are told about the various misconceptions about the farm bills. They are told that farmers have the absolute right to protest and their ongoing protest is democracy in action.

Thousands of farmers from Punjab, Haryana and several other states have been protesting on various borders of Delhi since November 26, seeking repeal of three farm laws enacted in September.

Dubbing these laws as "anti-farmer", these farmers claim that the newly enacted legislation would pave the way for the dismantling of the minimum support price system, leaving them at the "mercy" of big corporations.

However, the government has maintained that the new laws will bring farmers better opportunities and usher in new technologies in agriculture. There have been multiple rounds of talks between representatives of the protestors and the Indian government but the logjam continues.