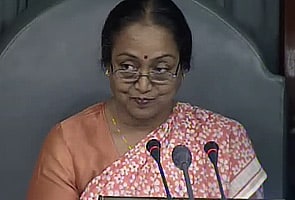 New Delhi: The Winter Session of Parliament that begins today is expected to be a stormy one for the Congress-led ruling coalition with the Opposition expected to slam the government on the issue of corruption.

Some of the key issues likely to come up during this session include Mumbai's Adarsh Housing Society scam. The Opposition is likely to press for immediate resignation of Maharashtra Chief Minister Ashok Chavan as his name figured in the scam.

Corruption surrounding the Commonwealth Games 2010 is another issue on which the Opposition is likely to corner the government.

The Opposition will also raise the issue of the 2G spectrum allocation scam in this session.

Though Speaker Meira Kumar has convened a meeting of leaders of all political parties on the opening day to ensure a smooth session, it could be trouble for the government from the word go.

The NDA has threatened to stall the proceedings if "strong action" was not taken against the guilty in the Adarsh Housing scam.

In fact, the scam has become an ideal issue for the Opposition to target the ruling party with Maharashtra Chief Minister Ashok Chavan's alleged links proving to be an embarrassment for the Congress.

The Opposition would also utilise the opportunity to seek a discussion on the outcome of the US President Barack Obama's visit, including the assurances given by Washington on key matters.

While the floor strategy of the Opposition is unclear, the BJP-led NDA and also the Left parties have given enough hints that the scams would dominate the discussions.

The Opposition is also insisting for action on alleged corruption charges surrounding 2G spectrum allocation and the Commonwealth Games during the month-long session. It will also seek a detailed discussion on the situation in Kashmir.

Government managers fear that the first week of the session could turn out to be a washout due to Opposition uproar and adjournments. Officially, however, the government denies that it was "under siege" from the Opposition.

Leader of the Opposition in the Lok Sabha, Sushma Swaraj, has said the BJP would scuttle any plans of the Congress to "hide" the CWG scam behind the Adarsh Housing Society scam.

Striking a similar note, CPI leader D Raja said corruption would be a major issue for the Left. He also said the government would have to tell Parliament what was happening in Kashmir after the appointment of interlocutors to find a political solution to the issue.

The Congress is expected to hit back by directing its firepower against RSS accusing it of being involved in terror acts and the BJP on the Babri Masjid demolition issue.

A statement at the just-concluded AICC meeting had obliquely referred to the Ajmer blast saying recent revelations through detailed investigations have exposed the "true character" of RSS and its sister organisations.

This is also the first session after the September 30 Allahabad High Court verdict on the Ram Janambhoomi-Babri Masjid title suit. The Congress is insisting that the ruling in "no way condones" the demolition of the disputed structure on December 6, 1992.

Parliamentary Affairs Minister Pawan Kumar Bansal has expressed the government's readiness for discussion on any issue including the Adarsh Housing scam and the 2G spectrum allocation controversy.

"We are prepared for discussion on any matter...permitted under rules and as decided by the Presiding
Officers," is the refrain of those in the government.

They would like that Parliament should be allowed to function and there should be no disturbance.

There were as many as 23 bills being brought for consideration and passing in the session which will have 24 sittings spread over 35 days.

The bills to be brought included the Women's Reservation Bill as also two other constitution amendment bills giving 50 per cent reservation to women in Panchayat Raj Institutions and urban local bodies.

The Educational Tribunals Bill, which ran into rough weather in the Rajya Sabha with even Congress members raising objections to the measure in the Monsoon Session, is again being brought for consideration in the Rajya Sabha in this session. The bill has already been passed by the Lok Sabha.

The Land Acquisition Amendment Bill, on which Trinamool Congress led by Mamata Banerjee has strong reservations, is also being brought along with the Rehabilitation and Resettlement Bill and the Mines and Minerals (Development and Regulation) Amendment Bill for introduction, consideration and passing.

Among the other bills which would be introduced during the session are the Protection of Women from Sexual Harassment at Workplace Bill and the Universities for Innovation Bill.

Promoted
Listen to the latest songs, only on JioSaavn.com
The Enemy Property (Amendment and Validation) Bill is being withdrawn and a fresh bill will be introduced in its place.