"Anybody who has the majority of 145, be it any politician or MLA, can become the Chief Minister of Maharashtra," said Sanjay Raut 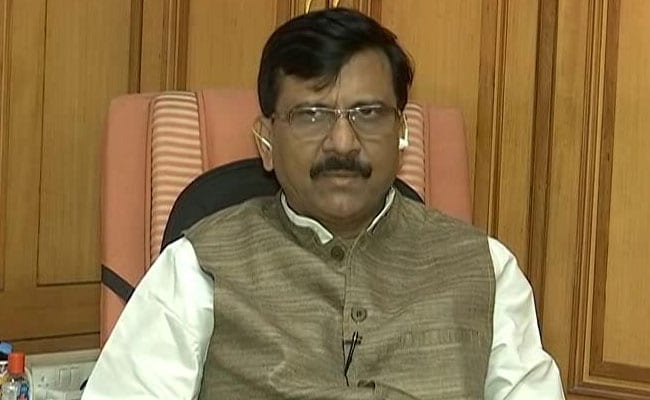 Maharashtra Elections: The BJP has made it clear that it will not share the Chief Minister's position.

The Shiv Sena reiterated its challenge to BJP today as the party took another step towards confirming Devendra Fadnavis as the state's Chief Minister for a second term, ignoring the ally's demand for a 50:50 division of power. Hours after the BJP legislators chose Mr Fadnavis was as their leader - a necessary formality for the Chief Ministerial candidate - Sena leader Sanjay Raut warned that the Chief Minister needs to prove his majority on the floor of the house.

"Anybody who has the majority of 145, be it any politician or MLA, can become the Chief Minister of Maharashtra," Mr Raut was quoted as saying by news agency ANI. The Governor, he said, will invite whoever has the figure of 145 or the largest party. "But even they have to prove majority on the floor of the house," he added.

It was followed by a reiteration that it was the Shiv Sena which was in a position to call the shots.

The Shiv Sena has been holding firm on its demand for a 50:50 power share, which translates to the Chief Minister's post for half the 5-year term and half the ministerial berths in the state. The party claims it had got the nod for it during BJP chief Amit Shah's discussions Sena chief with Uddhav Thackeray ahead of the Lok Sabha polls.

The BJP has made it clear that it would not share the state's top post. But back-channel negotiators have offered the Shiv Sena the post of the deputy Chief Minister, along with a chunk of portfolios in Maharashtra and at the Centre.

But so far, the offer does not include top portfolios like Home, Finance or Revenue.

Yesterday, the BJP conceded that a 50:50 arrangement, as described by the Sena, was discussed. Mr Fadnavis, however, denied that any decision was made in his presence.