Will Kamal Haasan Co-Star With Rajinikanth In Politics? Fans See A Hint

Last month, Rajinikanth has followed Kamal Haasan into the political stage. Kamal Haasan had been one of the first to congratulate him, tweeting, "I greet Rajini's social concern and political debut. Welcome welcome". 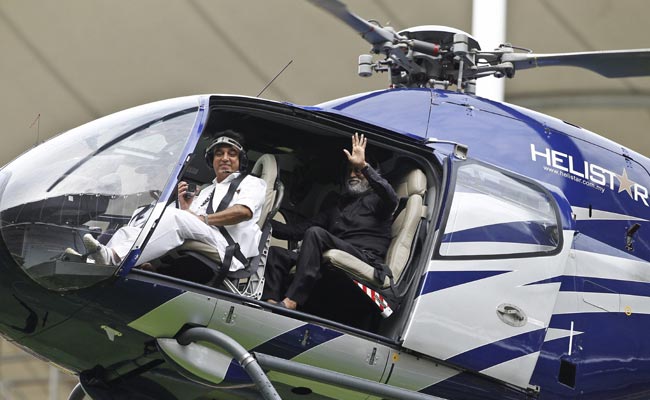 Rajinikanth, Kamal Haasan flew in together to Kuala Lumpur's national stadium in a chopper for an event

Chennai: A promise to "reach out to friends" in actors Kamal Haasan's weekly column "Ananda Vikatan" has triggered wild excitement among fans, who have read it as a hint at his interest in working with friend Rajinikanth.

Last month, Rajinikanth has followed Kamal Haasan into the political stage, announcing his intention to set up a political party and contest all 232 seats in Tamil Nadu in the next assembly elections. Mr Haasan had been one of the first to congratulate him, tweeting, "I greet Rajini's social concern and political debut. Welcome welcome".

Today, in his weekly column, Mr Haasan wrote, ""I'd not antagonise my friends to secure my position like usual politicians. Nor is the youth ready to continue under such leadership. I'd attempt to reach out to elders and friends too".

On Sunday, the two actors went to Malaysia to attend a fund-raiser that featured 250 members of the Tamil film industry. In true Tamil blockbuster fashion, they flew into the national stadium of Kuala Lumpur in  a chopper, Rajinikanth dressed in all black, Kamal Haasan in white. Rajinikanth was even seen offering Mr Haasan a hair brush, but the latter declined, using his hands to style his wind-swept hair.

Both actors have stepped into the political void left in Tamil Nadu after the death of former Chief Minister and AIADMK chief J Jayalalithaa. In November, Kamal Haasan made the announcement that he would form a new political party, Rajinikanth on the last day of the last year.

Both actors kept fans waiting for months before making the announcement, underscoring that it was not a step to be taken lightly. "I am hesitant about joining politics since I know the difficulties. If we go for a war, we ought to win," Rajinikanth had said, underscoring the importance of strategy.

Today, in his column, Kamal Haasan explained the delay in the launch of his party, saying he was being cautious as he wanted to build an organization that would outlast him. "There can be no mistakes. That's why the delay in party launch. My work should be a manifesto even beyond my life. We should launch parties for generations," he wrote.

Mr Haasan had stepped into politics after challenged the ruling party for weeks. He had accused the government of E Palaniswami of corruption and bad governance and promised a whistle-blower app by January.

Rajinikanth in contrast, had underscored the importance of not criticizing politicians or parties even as he said the state has become a "laughingstock" over the last year and that he would bring change.
Comments
Kamal HaasanRajinikantKamal Haasan Rajinikanth enter politics