Flagging off the 100th "Kisan Rail" from Sangola in Maharashtra to Shalimar in West Bengal via video-conferencing, PM Modi said his government's policies are clear and intentions transparent in reforming the agriculture sector. 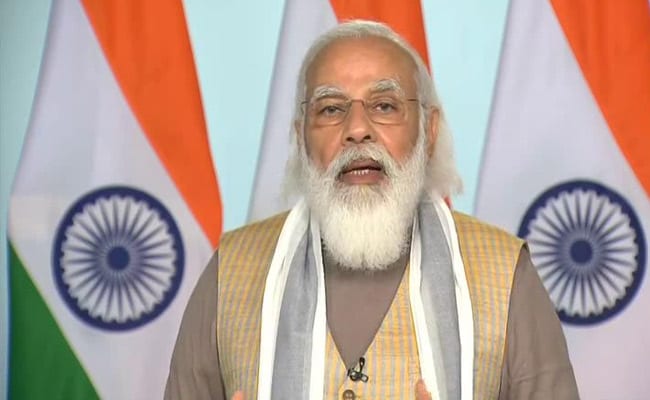 Prime Minister Narendra Modi asserted on Monday that his government has undertaken historic reforms in the farm sector to boost agriculture and strengthen farmers.

Flagging off the 100th "Kisan Rail" from Sangola in Maharashtra to Shalimar in West Bengal via video-conferencing, PM Modi said his government's policies are clear and intentions transparent in reforming the agriculture sector.

It will continue to work to strengthen farmers and agri sector with full force and dedication, he said.

His remarks came amid continuing protests by a section of farmers against the Centre's three farm reform laws. PM Modi did not directly refer to these laws on Monday, but he has often asserted that they are in the interests of farmers and accused opposition parties of misleading them.

The ''Kisan Rail'', a service started by his government, will help small and marginal farmers, who are over 80 per cent of the peasantry, in supplying their produce to far-off markets, the prime minister said, adding that a big demand for its services led to a rise in its frequency.

This will also help boost the income of farmers, he added.

This is also a testimony to the fact that how keen the farmers are for new possibilities, he said.

The government has been working to boost supply chain, cold storage facilities and bringing about value addition to farmers'' produce to help them, he said.

The multi-commodity train service will carry vegetables such as cauliflower, capsicum, cabbage, drumstick, chilli and onion as well as fruits like grape, orange, pomegranate, banana and custard apple, according to an official statement.

Loading and unloading of perishable commodities will be permitted at all stoppages en route with no bar on the size of consignment, it said, adding that the Centre has extended a 50-per cent subsidy on the transportation of fruits and vegetables.

It may be noted that the first Kisan Rail was introduced from Devlali in Maharashtra to Danapur in Bihar on August 7, which was further extended up to Muzaffarpur.

Following good response from farmers, its frequency was increased from a weekly service to three days in a week, it said.

"Kisan Rail has been a game changer in ensuring fast transportation of agriculture produce across the nation. It provides a seamless supply chain of perishable produce," it said.