Deepak Singh was among the 20 Indian Army personnel who were killed in a fierce clash with the Chinese troops in the Galwan Valley in eastern Ladakh. 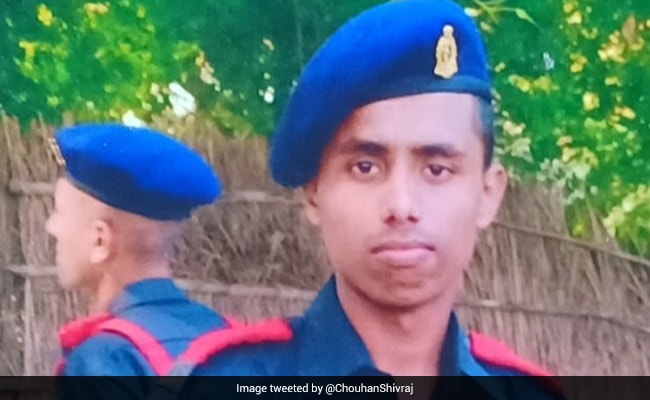 When Naik Deepak Kumar Singh told his grandmother on the phone a few days ago from his Ladakh post that he will come home after the coronavirus-induced lockdown ends, he did not know it would be his last conversation with his family.

Deepak Singh, who had got married just seven months ago, was among the 20 Indian Army personnel, including a colonel, who were killed in a fierce clash with the Chinese troops in the Galwan Valley in eastern Ladakh on Monday night.

"I will come home on leave after the lockdown ends," the 30-year-old, a Naik in the Indian Army, told his grandmother Phool Kumari a few days ago.

As the news of his death spread, Deepak Singh's family members and residents of his village, located about 40 km from Rewa district headquarters, plunged into grief.

Phool Kumari informed that Deepak Singh's mother passed away several years ago and since then she has been taking care of him.

"He was a very loving person and used to respect everyone in the house. Everybody used to like him a lot," she said, fighting back tears.

"Army officials informed us about his death around 8 AM on Wednesday and since then a pall of gloom has descended on the entire village," his family said.

"The Army officials told us that his body would reach the village by Thursday," Phool Kumari said.

Deepak Singh joined the Army in 2013 and was posted at the Galwan Valley with the Bihar Regiment. His father, Gajraj Singh, is a farmer and his elder brother, Prakash, is also in the Army and is posted at Jaisalmer in Rajasthan, the family sources said.

Meanwhile, Madhya Pradesh Chief Minister Shivraj Singh Chouhan paid tributes to the valiant soldier, saying he had shown exemplary courage in protecting the country's borders and laid down his life in the line of duty.