Why #ScientistSisodia Is Trending And The Memes It Has Inspired

Twitter users have been using the hashtag #ScientistSisodia to create memes. 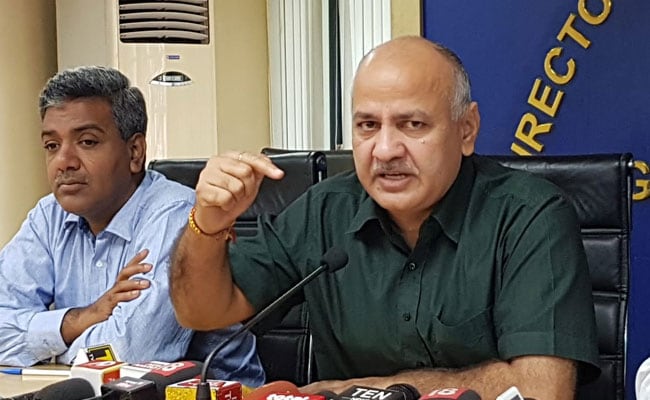 Manish Sisodia is trending on Twitter today for his comment last year, where the Delhi Deputy Chief Minister cited "physics" to defend the poor quality of water supply in the national capital. In an interview to The Lallantop in May last year, Mr Sisodia had said that the residents of Delhi should turn on their water pumps at the time of supply to get clean water.

Mr Sisodia's comments have resurfaced on Twitter and sent meme-makers into overdrive. Twitter users have been using the hashtag #ScientistSisodia - trending high on the microblogging platform - to mock the 48-year-old Aam Aadmi Party leader.

Albert Einstein giving his Nobel prize to much deserving #ScientistSisodia for his theory on water supply. pic.twitter.com/UWGUEYQ4ZM

Yamuna river is open to air and hence sucks dust. This is why it's scientifically not possible to clean Yamuna~ #ScientistSisodiahttps://t.co/8VX5oPyc8rpic.twitter.com/iuuXiemKuf

Manish Sisodia looking at some of the inventions made by him. pic.twitter.com/7I1JburVph

Manish Sisodia had slammed BJP president Amit Shah on Friday for telling "blatant lies" about the city and said that none of the seven BJP parliamentarians in Delhi had done anything for the national capital.

"Had these 7 MPs or the central government done any work for the people on the ground, they wouldn't have to resort to 'jumlas', or be confused about issues to attack the Arvind Kejriwal government," Mr Sisodia said.