Why ITBP is Undertaking This Unique Mission on River Ganga 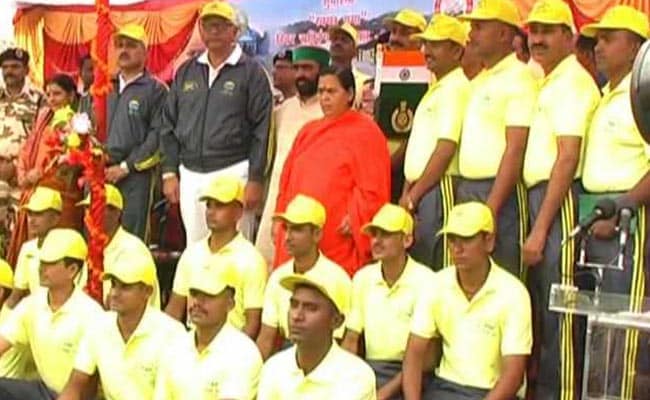 The ITBP team will sail on the river through five states of Uttarakhand, Uttar Pradesh, Bihar, Jharkhand and West Bengal.

Devprayag, Uttarakhand: Known to secure and guard the borders of the county, the Indo-Tibetan Border Police are now undertaking a unique mission to spread awareness about government initiatives.

A 46 member team headed by ITBP commandant, Surendar Khatri will set their rafts along the river Ganga in Devprayag, where the tributaries Alaknanda and Bhagirathi merge into the river.

They will not only spread awareness about government's initiatives like 'Beti Bachao Beti Padhao' and 'Swachh Bharat', but will also pick up plastic and garbage enroute their journey to Gangasagar in West Bengal.

The team will also document the presence of the endangered Gangetic dolphins, collect water and soil samples, and submit them to laboratories to check the level of pollution in the river.

The team will sail on the river through five states of Uttarakhand, Uttar Pradesh, Bihar, Jharkhand and West Bengal, covering a distance of nearly 2,350 kilometres.

The rafts were flagged off in the presence of Union water resources minister, Uma Bharti, who called the initiative a commendable task. The ITBP not only protects our borders, but has now come to the rescue of the river Ganges, she said.

They are scheduled to conclude the journey by December 12, where Union home minister, Rajnath Singh is expected to welcome the team in a grand ceremony.