Why India's Election Is Among the World's Most Expensive

This time the polling exercise, due to start on April 11 and be completed by May 19, will cost an unprecedented 500 billion rupees ($7 billion), according to the New Delhi-based Centre for Media Studies. 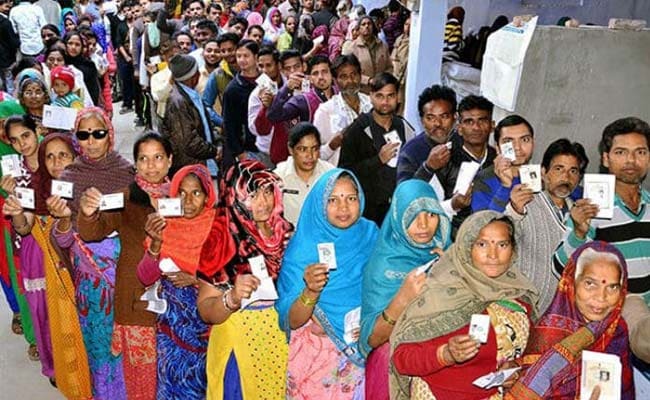 With over 8,000 contestants fighting for 545 seats, there's tough competition to win over voters. (File)

The world's biggest democracy, India, will soon hold what's likely to be one of the world's costliest elections. The six-week-long vote will span the Himalayan range in the north, the Indian Ocean in the south, the Thar desert in the west and the mangroves of the Sundarbans in the east.

This time the polling exercise, due to start on April 11 and be completed by May 19, will cost an unprecedented Rs 500 billion ($7 billion), according to the New Delhi-based Centre for Media Studies. About $6.5 billion was spent during the US presidential and congressional races in 2016, according to OpenSecrets.org, which tracks money in American politics.

The CMS projection marks a 40 percent jump from the $5 billion estimated to have been spent during India's 2014 parliamentary vote. And it amounts to roughly $8 spent per voter in a country where about 60 percent of the population lives on around $3 a day.

"Most of the jump in spending will come in use of social media, travel and advertising," said N Bhaskara Rao, chairman of the Centre for Media Studies, who has advised previous governments and ran a market research group.

Social media spending is likely to be dramatically higher, surging to about 50 billion rupees from 2.5 billion rupees in 2014, Mr Rao said. His group-which bases its projections on field interviews, government data, contracts given out, and other research-also expects a jump in the use of helicopters, buses and other transportation by traveling candidates and party workers.

Specific data can be hard to pin down, but costs are rising in general as constituency sizes increase and more candidates join the fray, said Simon Chauchard, a Columbia University lecturer who has followed elections in India.

Indian politicians feel "you've got to do new things, and crazier things, and bigger things and louder things," Mr Chauchard said. "It's a bunch of panicky candidates throwing money around to voters but also to vendors selling all kinds of stuff useful in a political campaign."

Here's a look at where some of the money goes:

With more than 8,000 contestants fighting for around 545 seats, there's tough competition to win over voters. And a secret ballot ensures that a bribe can't necessarily guarantee a vote. Gifts can help indicate to India's voters that the contestant wields influence and resources, according to Chauchard.

More than 90 percent of federal-level Indian politicians said their peers feel pressured to hand out gifts like cash, alcohol or other personal goods, according to a survey by Jennifer Bussell, an assistant professor at the University of California, Berkeley.

Blenders, television sets and occasionally even goats are handed out as gifts in some areas. The Election Commission seized more than 1.3 billion rupees of unaccounted cash, gold, alcohol and drugs last year during a tight election in the state of Karnataka.

Most of the spending isn't publicly disclosed. While candidates have a legal expenditure cap, parties can spend unrestricted amounts. The biggest national parties declared a combined income of just 13 billion rupees for the year through March 2018.

Rallying the Troops With Chicken Curry

Indian politicians love a good rally: They crisscross the country, corralling locals into large tents where they're bombarded with campaign rhetoric.

To attract a crowd, some politicians may need to offer a box of food filled with biryani or chicken curry that can be too expensive for average citizens. That's not to mention money needed for firecrackers, chairs, microphones, security and vehicles to ferry the participants back and forth.

India's Election Commission has long warned about dummy candidates: nominating someone with the same name as a front runner to confuse voters and split the vote.

In populous states like Uttar Pradesh, where a name can identify the caste or clan of a particular candidate, this trick can be especially helpful. Popular figures are also targeted: In 2014, actress Hema Malini was up against two other Hema Malinis, the Hindustan Times reported.

But even fielding dummy candidates cost money. The expense can go as high as 120 million rupees, according to an investigation by India Today magazine in 2016. Parties also register multiple candidates to get around legal caps on how much an individual can spend, with the most popular member getting most of the resources.

As much as 26 billion rupees will be spent on advertising in the upcoming elections, according to Zenith India, a firm that arranges for slots on TV and in newspapers. That's more than double the 12 billion that the Election Commission estimates the two main parties spent in 2014.

In February alone, more than 40 million rupees was spent on political advertising on just one site-Facebook-the company's report shows. Then there are T-shirts with the slogan "Namo Again" (Narendra Modi Again) peddled by his camp.

Campaign spending by political parties accounts for almost all India's election outlays. But the Election Commission has also faced large costs organising an election with polling stations running from 15,000 feet above sea level in the Himalayas and one for a sole hermit deep in the jungles of Western India.

India's budget has allocated 2.62 billion rupees to the Election Commission this fiscal year, a new high. Some of that may be used for elephants to carry electronic voting machines to relatively inaccessible regions, and boats to ferry men and materials across the mighty Brahmaputra river in the northeast.