Why Does Mumbai Get Clogged In The Rain? Here Are 5 Factors Behind Monsoon Misery

Mumbai waterlogging, explained: As rain hit the city and suburbs Monday night, Sion and Andheri were already flooded part of a pattern 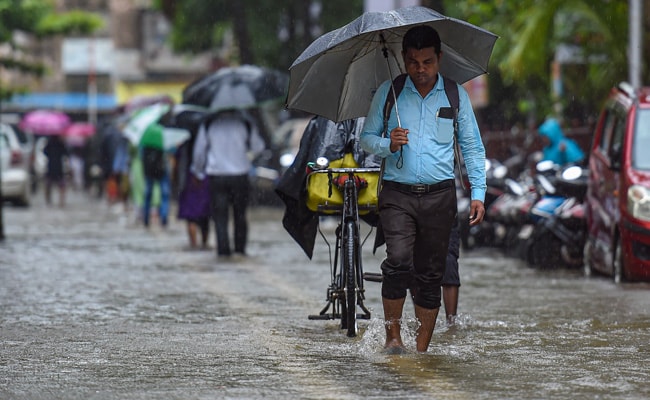 Beyond the Instagram stories that romanticise the weather, for many parts of Mumbai, rain spells deep trouble — quite literally — as waterlogging disrupts life and sometimes even leads to horror stories of death and destruction.

But what is it about Mumbai that it cannot handle the rain without getting choked almost every year during the monsoon season? Here are five of the main factors that play a part:

Topography — What It Stands On

The coastal city has several low-lying areas and some quite high. Parts of the city were built on land reclaimed in between seven islands, so there are saucer-shaped areas.

That means water — particularly when there's heavy rain — flow downs into these areas naturally. It drains out too, but only after it stops raining. These areas include Sion, Andheri Subway, Milan Subway, Khar Subway, which remain waterlogged for a couple of hours after heavy rain.

As rain hit the city and its suburbs Monday night, Sion and Andheri were already flooded. This, even as there was high alert for even more rain.

Tides — Ups And Downs Of The Sea

Mumbai's storm water drainage system empties out into the sea. During high tide — when the sea level rises — the drains are blockaded by gates to prevent the sea water from gushing back into the city's drainage system.

Worse, high tide coupled with heavy rain means the drainage has to be carried out using pumps. The drainage system starts working again once the tide subsides. But that can take up to six hours.

Percolation — Water Into The Ground

In most cities across the world, at least half the water percolates into the ground. In Mumbai, 90 per cent of the storm water is drained out through dedicated drains. That puts added pressure on the drainage system.

Drainage systems are built for an evenly spread-out monsoon. But, in recent years, Mumbai has seen some very heavy rain followed by dry spells, and then very heavy rain again.

On the days of unusually heavy rainfall, even the drains with increased capacity can't really keep up.

Mumbai has seen massive encroachment along the major drains, making clearing of solid waste and silt a challenging task. In spite of pre-monsoon cleaning of drains, often in the monsoon, drains are clogged.