Mumbai rain: The boy was playing with this three-year-old sister outside their home in Nalasopara in the evening, near an uncovered overflowing drain, the police said. 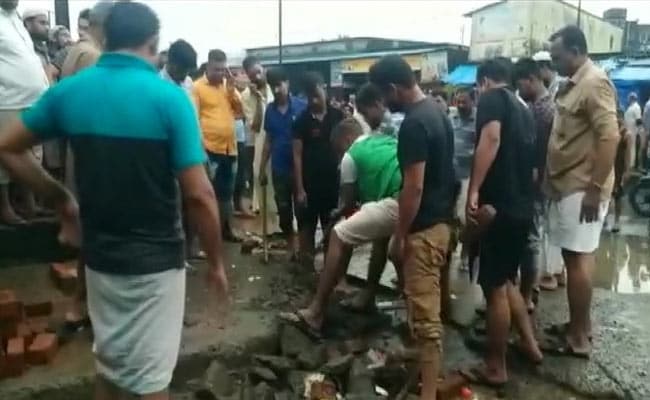 Mumbai Rain: The 6-year-old boy's body was found after a five-hour search in Nalasopara.

A six-year-old boy died on Wednesday after he fell into an open drain near Mumbai when the city and its neighbouring areas received unprecedented rain. In a separate incidents, three other people died in rain-related incidents Mumbai.

The boy was playing with this three-year-old sister outside their home in Nalasopara in the evening, near an uncovered overflowing drain, the police said.

A passerby, who saw him falling into the drain at around 5 pm, raised an alarm and informed the child's parents. His body was recovered at night, after a five-hour search by the local fire brigade.

After receiving the complaint, the police along with fire brigade personnel reached the spot to carry out search and rescue operations. However, they were unable to locate the child for hours. Hours later, his body was found in a drain in the garden of a housing complex.

Two civic body workers died in the western suburb of Goregoan on Wednesday when they drowned in rainwater during heavy rain. A 24-year-old man fell in the Mithi river and died. Mohammed Shahrukh Rafique drowned in the river while walking with two of his friends. He was declared dead at a hospital.

Mumbai's streets regularly flood during the monsoon, which runs from June until September or October, and which provides India with most of its annual rainfall.