Mumbai Rain: Three people died yesterday in rain-related incidents. Almost every monsoon, Mumbai struggles to cope with the chaos caused by the rain. The suburban trains are affected and low-lying areas get flooded. 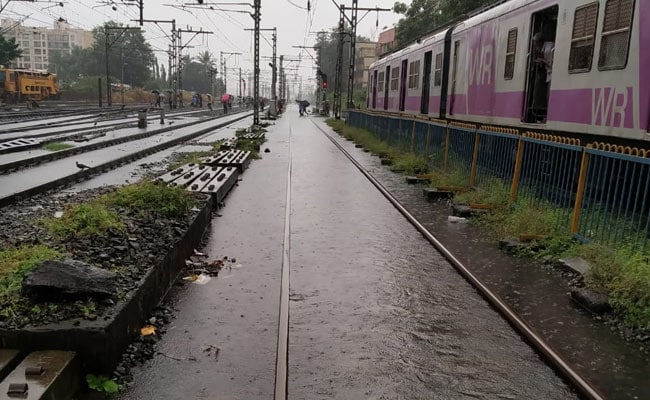 Mumbai: Schools and junior colleges in Mumbai and neighbouring areas will remain shut today after yesterday's unprecedented rain. Heavy rain crippled the country's financial capital yesterday, delaying flights, causing traffic jams and flooding homes. A red alert was declared on Wednesday, fearing more rain. The weather department has warned of more rain today as well. Three people died yesterday in rain-related incidents. The local trains, a lifeline for Mumbai's 20 million residents, are running as per schedule. Though there was no overnight rain, several long-distance trains have been cancelled this morning. Mumbai's streets regularly flood during the monsoon, which runs from June until September or October, and which provides India with most of its annual rainfall.

Here are the top 10 updates on Mumbai rain: