"Who Waited For 3 Hours": Tamil Nadu Minister Angry Over Reporter's Question On Him Being Late

The Rural Development minister was supposed to attend an event at 10 am. However, the minister arrived at the event only in afternoon, making the public wait for over two hours. 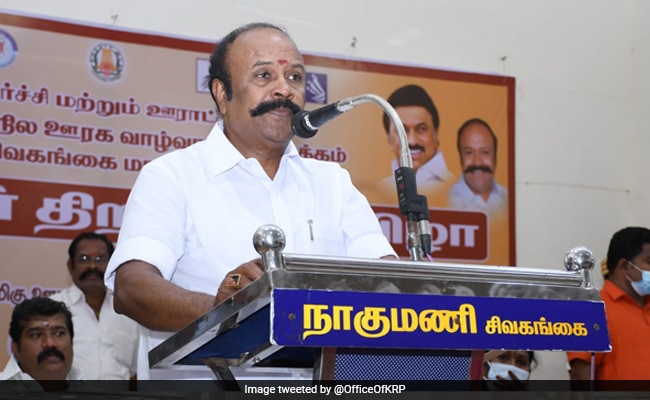 Tamil Nadu is witnessing protests after a girl allegedly died by suicide. (File)

The Rural Development minister was supposed to attend an event at 10 am. However, the minister arrived at the event only afternoon, making the public wait for over two hours.

When confronted by a regional journalist over the two-hour delay, the minister threatened the journalist.

"Who waited for three hours? Who gave such an interview? Who waited inside?", the minister can be seen asking the journalist in the viral video.

The DMK minister, however, did not comment on the matter in the viral video.

Meanwhile, the state is witnessing protests after a Class 12 student jumped off her hostel building on July 13 in Kallakurichi. She was allegedly tortured by a teacher, as stated in the girl's suicide note.

The team of Crime Branch-Criminal Investigation Department (CID) has asked the parents of the Class XII girl student of a private school at Kaniyamoor near Chinna Salem in the Kallakurichi district to collect her body for final rites as the probe team has initiated the investigation into the case that sparked violence in the State.

CB-CID has put a notice outside the girl's house in the Cuddalore district informing the family members about the re-postmortem and asked her parents to collect her body for final rites.

On Sunday, the Director General of Police C Sylendra Babu, who made a spot visit to the school, ordered the transfer of the case to the CB-CID.

On July 18, the Madras High Court has ordered a second autopsy of the girl who killed herself after she was allegedly harassed by two teachers at her school in Kallakurichi. The court ordered that the father of the girl be allowed to remain during the procedure.

The first post-mortem report mentioned "abrasions", according to the police. The cause of death as mentioned in the first autopsy was multiple injuries and haemorrhage.

The father of the girl has moved to the Supreme Court, seeking an amendment of the Madras High Court order on the second autopsy.