"Where's Charanjit Channi...Why Did He Run Away?" Bhagwant Mann Asks

Speaking in the Assembly after moving the confidence motion on the opening day of the session, Bhagwant Mann alleged that the former chief minister took many decisions towards the end of his tenure and many of them were "anti-people". 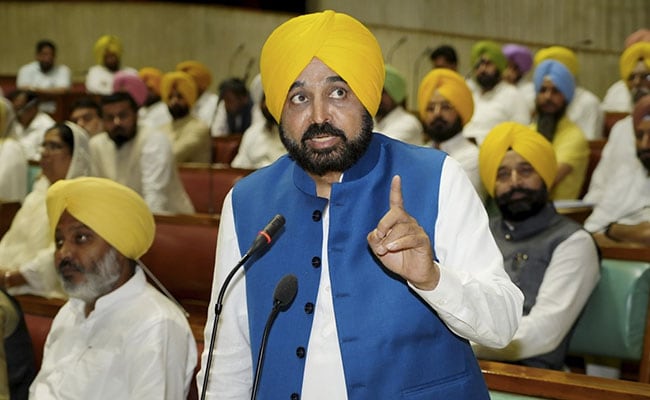 Punjab Chief Minister Bhagwant Mann on Tuesday targeted his predecessor Charanjit Singh Channi, asking the Congress where he had "run away" after losing the last Assembly elections.

Speaking in the Assembly after moving the confidence motion on the opening day of the session, Mr Mann alleged that the former chief minister took many decisions towards the end of his tenure and many of them were "anti-people".

Mr Mann said he learnt about those files after the Aam Aadmi Party formed the government.

"I want to ask Channi where he is, where he has gone after the polls. I want to ask him about the many files which he signed in the last days of his government. There are many decisions which were anti-people," he said.

Mr Mann challenged the Congress to produce Mr Channi and said the former chief minister should have stayed back. "It means he must have done something wrong," Mr Mann claimed.

During the 2022 Assembly polls, the Congress made him the chief ministerial candidate and he was fielded from Chamkaur Sahib and Bhadaur assembly seats, but lost both constituencies.

On the opening day of the Assembly session, Mr Mann moved the confidence motion as he targeted the BJP over its alleged 'Operation Lotus' and the Congress for being hand-in-glove with the saffron party.