An eight-year-old girl was raped and murdered in J&K's Kathua district in January 2018 and the verdict was pronounced on June 10, 2019. 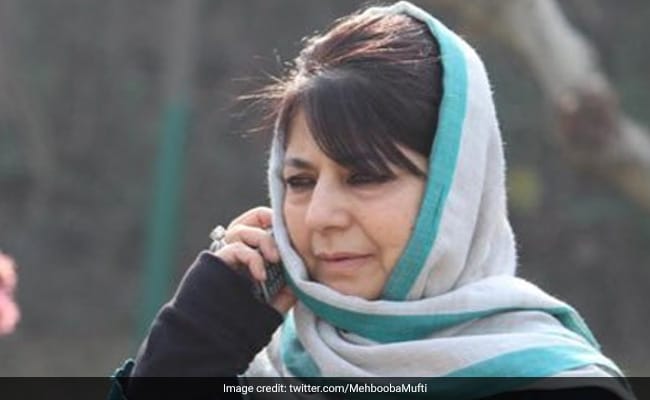 The wheels of justice have "completely collapsed", former Chief Minister of Jammu and Kashmir Mehbooba Mufti said today after one of the convicts in the 2018 Kathua rape case was granted bail by a court in Punjab.

On December 21, the Punjab and Haryana High Court suspended the remaining sentence and jail term of dismissed police sub-inspector Anand Dutta and ordered that he be released upon furnishing surety bonds.

"Perturbed that the policeman convicted for destroying evidence in the Kathua rape case was granted bail and his jail term suspended. When a child raped and bludgeoned to death is deprived of justice, it becomes obvious that the wheels of justice have completely collapsed," Ms Mufti tweeted.

The eight-year-old was raped and murdered in J&K's Kathua district in January 2018 and the verdict was pronounced on June 10, 2019, by a court in Punjab's Pathankot, where the case was shifted at the directions of the Supreme Court.

Dutta has already served more than half of the sentence awarded to him, while the sentence of co-accused Tilak Raj was also suspended on December 16 by the Punjab and Haryana High Court.