The chats were found on the mobile phone of talent agent Jaya Saha, who has been questioned in an escalating drugs probe linked to the Sushant Singh Rajput death investigations.

Actors Deepika Padukone and Shraddha Kapoor have been summoned for questioning based on WhatsApp chats from 2017 involving drugs, sources have told NDTV. These chats were found on the mobile phone of talent agent Jaya Saha, who has been questioned in an escalating drugs probe linked to the Sushant Singh Rajput death investigations.

Jaya Saha was a former talent manager of Sushant Singh Rajput, a 34-year-old actor who was found dead at his Mumbai apartment on June 14. She was among the many questioned after WhatsApp messages retrieved from the phone of Sushant Rajput's girlfriend Rhea Chakraborty revealed conversations on procuring drugs.

In chat transcripts accessed by NDTV, two persons have a conversation about procuring hash and they were allegedly Deepika Padukone and her business manager Karishma Prakash. The chat, which is on a group, is from October 28, 2017, around 10 PM. 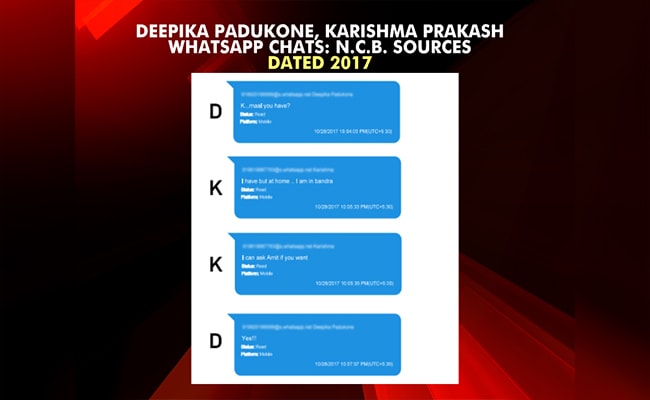 Deepika Padukone: K... maal you have?

Karishma: I have but at home... I am in Bandra

Karishma: I can ask Amit if you want 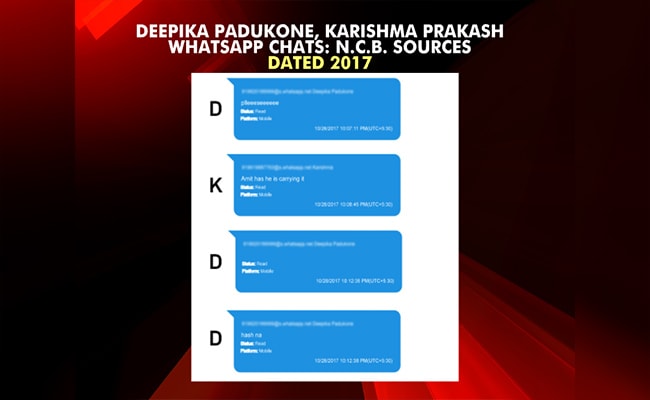 Karishma: Amit has he is carrying it 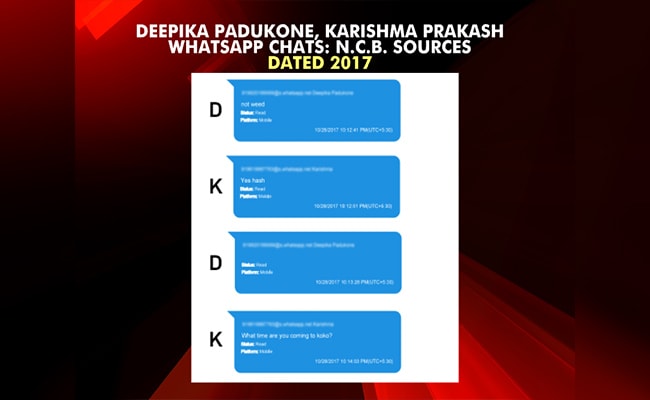 Karishma: What time are you coming to koko? 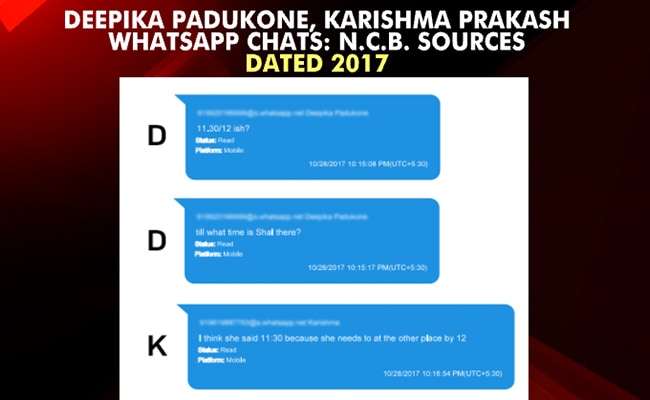 Deepika Padukone: Till what time is Shal there?

Karishma: I think she said 11.30 because she needs to be at the other place by 12

Another chat is believed to be between Shraddha Kapoor and Jaya Saha. 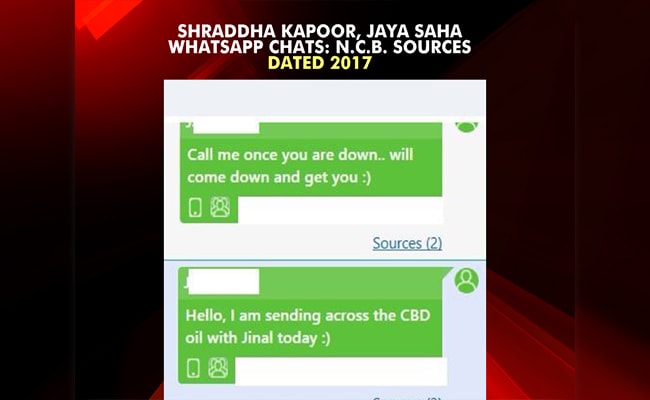 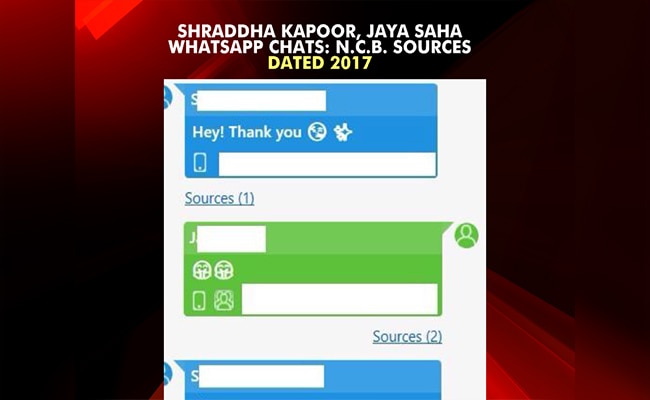 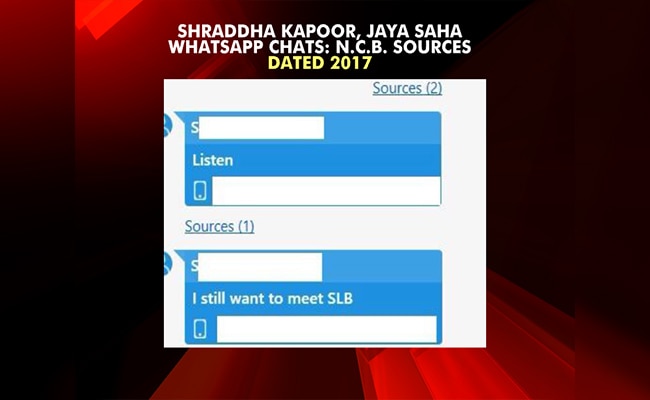 Two more prominent actors, Sara Ali Khan and Rakul Preet Singh, have also been summoned by the Narcotics Control Bureau. Their names allegedly came up during the questioning of actor Rhea Chakraborty, Sushant Singh Rajput's girlfriend, who was arrested on September 9 on charges of arranging drugs for him.

Deepika Padukone has been summoned on Friday and Rakul Preet Singh tomorrow. Sara Ali Khan and Shraddha Kapoor will be questioned on Saturday.

There has been no seizure of drugs in the case so far.

Rhea Chakraborty was arrested in a separate case registered after 59 grams of marijuana was seized during searches in Mumbai, which were also linked to the Sushant Rajput probe.