What India Can Learn From China To Improve Its Air Quality

India released the NCAP draft in April 2018 but it has mostly remained an act on paper. 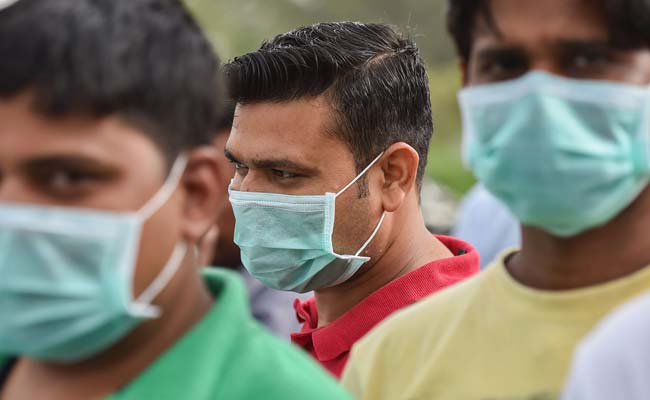 India's slow progress towards improving the air quality and non-inclusion of time-bound targets in its National Clean Air Programme - yet to see light of day - has become a major concern for environmentalists.

In a statement issued on Friday, the Indian branch of global environmental group Greenpeace underlined how China has already released its second clean air action plan to fight air pollution, but India is yet to include time-bound targets and enforce its National Clean Air Programme (NCAP).

China started its clean air programme in 2013, setting a target to cut about 30 per cent pollution level by 2017. Beijing's efforts "have been huge in terms of scale and stringency of actions," says Anumita Roy Chaudhary of Center for Science and Environment (CSE).

India released the NCAP draft in April 2018 but it has mostly remained an act on paper. While the central government has assured that it may come up with the final NCAP draft by the end of this month, experts hope the recommendations given by the civil society groups will be included to make the initiative "time-bound" and "comprehensive".

As the winters approach every year, many parts in North India, especially in the national capital region (NCR) get choked due to crop burning and other sources of pollution. Experts believe that not much has been done by government to combat the causes of poor air quality across the country.

The central government through the NCAP draft aims to install more air quality monitoring stations as well as take help of satellite data to quantify pollution levels across the country. This has been welcomed by experts.

The government has also for the first time considered air pollution as a national issue to send a message that its approach is not just limited to Delhi-NCR now but is expanding much beyond. However, the centre's claims of NCAP draft being the action plan which will be able to reduce pollution levels has not gone down well with experts as well as the civil society organisations till now as it misses out on emission reduction targets as well as time bound air pollution reduction plans.

The civil society groups believe that any action plan without a target for industrial sector will prove a mere "lip service".

Sunil Dahiya, Senior Campaigner, Greenpeace India, explains: "While China still has a long way to go to solve its air pollution problem, the progress in the past few years shows what works -- region-wise, time-bound targets that hold decision-makers accountable, strong emission standards and strong enforcement, as well as a shift away from polluting energy sources. Indian government should learn from these actions to curb air pollution levels and must expedite enforcement of the National Clean Air Programme without further delay."

Pollution due to thermal power plants has been a major problem in India that diluted the pollution norms in 2017 when the Central Pollution Control Board (CPCB) relaxed the deadline till 2022 for the coal-fired power plants. Separate matters are pending with the green court and the Supreme Court.

Promoted
Listen to the latest songs, only on JioSaavn.com
China may be the biggest carbon emitter in the world, but it has ambitious plans to improve its air quality. Experts believe tougher goals and tighter regulations can help Beijing in tackling its air pollution crisis.

Aarti Khosla, Director, Climate Trends, says, "While comparison between India and China may not be always valid, it doesn't harm us to borrow a leaf from the neighbour's book that is fighting similar problems. India should stand up and take realistic time bound actions towards tackling key sources of pollution. The Ministry of Environment, Forest and Climate Change should notify the National Clean Air Programme ( NCAP) and demonstrate real intentions. Even that hasn't been done yet."