Two senior counsel, appearing for parties seeking an end to the practise of triple talaq, said that triple talaq is not fundamental to Islam. 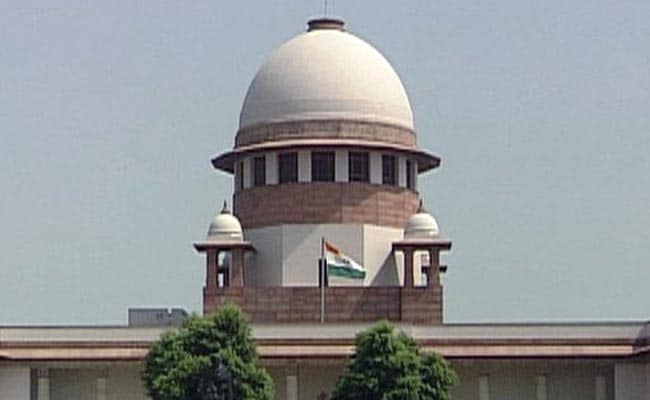 New Delhi: The Supreme Court on Thursday raised a question if 'triple talaq' is fundamental to Islam, as a constitution bench commenced hearing on the issue while making it clear that it would not go into the question of polygamy.

Two senior counsel, appearing for parties seeking an end to the practise of triple talaq, said that triple talaq is not fundamental to Islam, in response to questions framed by Chief Justice of India JS Khehar, who headed the bench.

The court was told this as it embarked on examining the constitutional validity of the practice of unilateral divorce prevalent in the Muslim community.

"Polygamy is out," observed Justice Rohinton Fali Nariman soon after the bench framed three questions to be addressed by the counsel appearing for the contending parties, including petitioners challenging the validity of 'triple talaq' and All India Muslim Personal Law Board and other Muslim outfits defending it.

At the outset of the hearing, Chief Justice Khehar asked the contending parties before it to address the question whether 'triple talaq' was fundamental to Islam, whether it was sacrosanct to Islam and whether the practise was an enforceable fundamental right.

Assailing the practise of triple talaq, senior counsel Indira Jaising said that if the free informed consent of the woman was imperative for the union of two people in marriage, then how could the unilateral act of divorce survive.

Telling the bench that triple talaq was an extra-judicial act and thus unconstitutional, Ms Jaising told the court that can the status of a woman be changed unilaterally, which she described as "civil death".

She told the court that in the Islamic countries the triple talaq had come under judicial oversight.

Noting the vehemence with which Ms Jaising was arguing her point, Justice Nariman noted that "None of you who are opposing triple talaq approached the court till it itself took suo motu cognizance of it by its judgment on October 16, 2015".

To this, senior counsel Kapil Sibal appearing for the AIMPLB said that they did so by taking the legislative route and not through judicial verdict. He said that personal law can only be changed by the legislature and not by the courts.

Referring to the low divorce rate amongst the Muslims compared to others, Mr Sibal said that it cannot be assumed that a Muslim who will marry will get up one fine morning and utter talaq, talaq, talaq.

Mr Chadha, who appeared for the lead petitioner Sharaya Bano, said that talaq by Muslim women under the Dissolution of Muslim Marriages Act, 1939, was appealable till the top court but not when under the same statute a man divorces his wife.

Promoted
Listen to the latest songs, only on JioSaavn.com
At one stage during the course of the arguments on Section 2 of the Dissolution of Muslim Marriages Act, 1939, that spells out the grounds' under which Muslim woman can seek dissolution of marriage, Chief Justice Khehar said that the object of the provision is to "further women's rights and not curtail it. We can't look at it as good or bad, but according to law".

Appearing for Bharatiya Muslim Mahila Andolan's co-founder Zakia Suman, senior counsel Anand Grover told the bench that "if court comes to conclusion that it (triple talaq) is not a part of Islamic law, then there is no need for going into the question of its validity under Article 14, 19, 21 and 25".