The Navy renewed its pledge and commitment to protect and promote national interests and serve the people of India. The national flag measured 225 feet in length and 150 feet in width.

Mumbai:
The Western Naval Command on Saturday exhibited the world's largest national flag at the Naval Dockyard in Mumbai, overlooking the iconic Gateway of India, on the occasion of Navy Day. On this day in 1971, the Indian Navy launched Operation Trident and sank two Pakistani Navy ships off the Karachi coast.

The national flag, measuring 225 feet in length and 150 feet in width, was conceptualised and manufactured by the Khadi and Village Industries and Commission. This was done under Azadi ka Amrit Mahotsav, an initiative to celebrate 75 years of Independence. The flag weighs 1,400 kg. 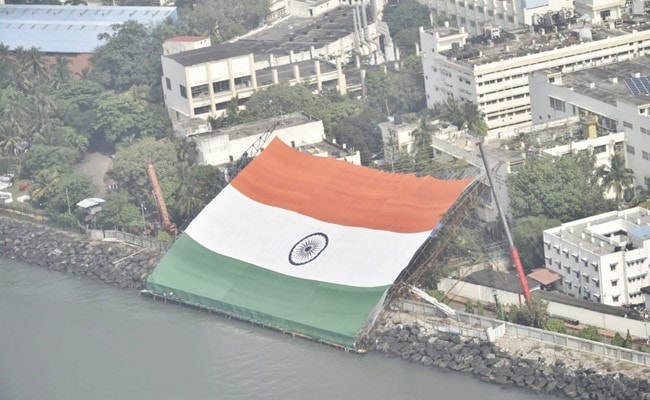 With the exhibition, the Navy renewed its pledge and commitment to protect and promote national interests and serve the people of India. A bird's eye view of the area near the Gateway of India, surrounded by the Arabian Sea, showed the flag in its full glory. 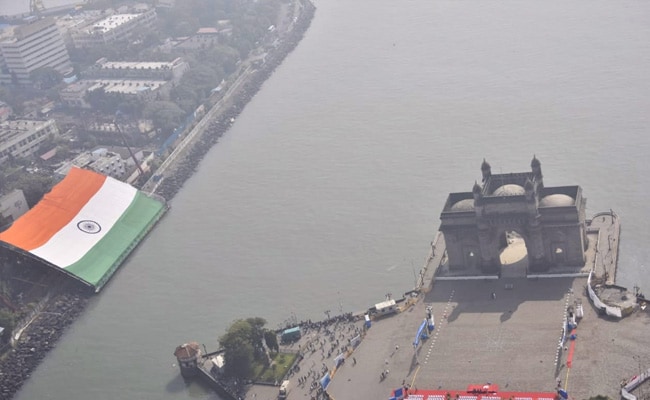 Navy Day is celebrated to mark the operation of India's naval forces launched after Pakistan's Air Force targeted airfields in western India on December 3. The next day, India declared war on Pakistan and Operation Trident began.