To commemorate the 50th anniversary of the victory against Pakistan, the Indian Navy is celebrating it as "Swarnim Vijay Varsh". 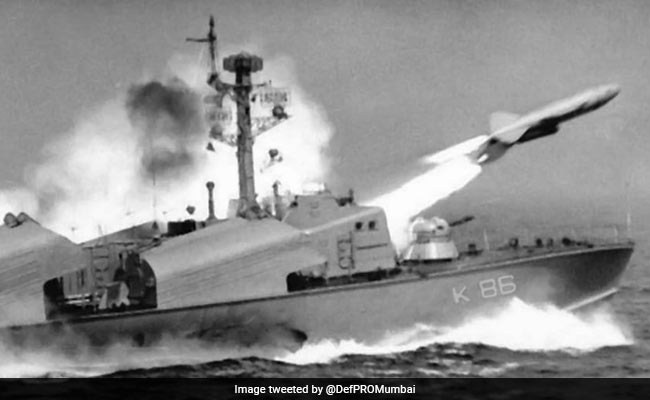 On this day, Indian Navy carried out deadly attack on Pak under "Operation Trident".

On this day, 50 years ago, the Indian Navy's "Killer Squadron" carried out an audacious attack off the Karachi coast and sank two Pakistani ships under "Operation Trident". Since then, December 4 is marked as Navy Day to remember the bravehearts and their commitment towards securing India's marine interest.

Four days later, on December 9, the Indian Navy had carried out a follow-up operation named "Python". Under this, the squadron sank another Pakistani Navy ship and caused substantial damage to Keamari oil storage in Karachi. Recalling this historic day, the Defence Ministry, in its tweet, said,  "On this day, 50 years ago, Operation Trident was conducted in which the missile boats of Killers Squadron carried out an audacious attack off Karachi. Nirghat, Nipat and Veer fired missiles to sink PN [Pakistan Navy] ships Khyber and Muhafiz."

#OnThisDay 50 years ago#OpTrident was conducted in which the missile boats of #KillersSquadron carried out an audacious attack off Karachi, #Nirghat#Nipat#Veer fired missiles to sink PN ships Khyber & Muhafiz.#04Dec is celebrated as #NavyDay to commemorate this victory.(3/n) pic.twitter.com/BKG26Fabov

In a follow-up post, the Ministry added, the Indian' Navy's 22 Killer Squadron, also known as 22nd Missile Vessel Squadron, has two Prabal and six Veer class ships based in Mumbai. These ships are "swift and heavily armed".

On December 3, 1971, the Pakistani Air Force launched pre-emptive strikes on airfields in western India. The next morning, India formally declared war against Pakistan and the Navy launched Operation Trident.

To mark Navy Day, the other two wings of the Indian Armed Forces, the Army and the Air Force, extended their best wishes on social media.

General MM Naravane #COAS and All Ranks #IndianArmy convey best wishes on #NavyDay to All Ranks, Veterans & Families of #IndianNavy.

May glory and success always be with #IndianNavy.@indiannavypic.twitter.com/DLEf7x8jy7

#IndianAirForce extends warm wishes and greetings to all personnel and families of @indiannavy on the occasion of #NavyDay. #NavyDay2021#OpTridentpic.twitter.com/W9msh3LTby

Acknowledging the messages, the Navy shared a post from its chief Admiral R Hari Kumar and all its personnel. "On the occasion of Navy Day 2021, we reaffirm Indian Navy's unwavering commitment to preserve, protect and promote India's maritime interest, pay homage to supreme sacrifices of our bravehearts and express gratitude to our veterans," it read.

To commemorate the 50th anniversary of the victory against Pakistan, the Indian Navy is celebrating it as "Swarnim Vijay Varsh".