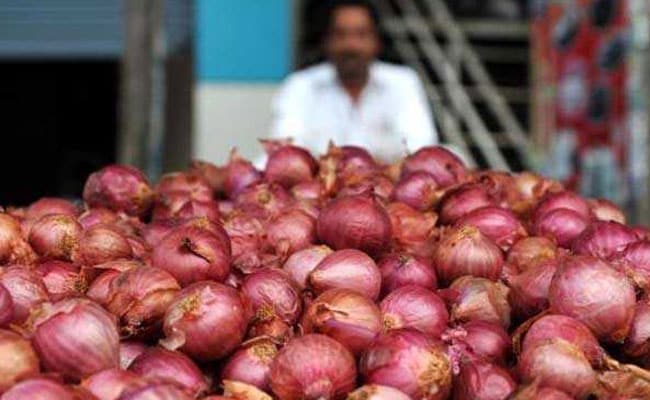 The best quality onions in the retail market are inching closer to Rs 150 per kg-mark.

The West Bengal government has placed an order for 800 tonnes of imported onions with the NAFED for delivery by December-end to support the supply of the staple at a fair price, an official said on Wednesday.

"We have placed orders for 200 tonnes per week, totalling 800 tonnes for delivery within December. The landed cost of onion at Mumbai port is Rs 55 per kg and in Kolkata it will be at least Rs 65 a kg, taking the freight into account," a senior state government official told PTI.

The onions are being imported from Egypt. Following reports that wholesale prices of top-grade onion jumped to Rs 5,400 per 40 kg bag at Nasik, a week-old onion stock at the city's Posta wholesale market rose to Rs 125 a kg on Wednesday, sources told PTI.

This indicates that the best quality onions in the retail market are inching closer to Rs 150 per kg-mark.

Though state agencies are keeping a close watch on the wholesale markets, they do not propose to put a cap on the price, at least for now, as officials fear it will worsen availability.

If NAFED is successful in delivering the onions in time, the state government has a proposal to distribute these through fair price shops, a source said.

There is a lag of at least five-seven days before Nasik onions can be sold in the city's wholesale markets. Freight accounts for Rs 5 a kg from Nasik to Kolkata. State officials blamed the Centre for the crisis.

"The intervention by the Centre is late. The import order should have been placed at least a month back to avert such massive price rise," an official said.

"If we were allowed, we could have imported onions from Sri Lanka long ago at a much cheaper landed rate of Rs 55 per kg in Kolkata," he said.

The state government is selling onions at a subsidised rate of Rs 59 per kg through its ''Sufala'' stores and mobile vans, as against a procurement cost of Rs 88 a kg.