Twenty cases of the mutant coronavirus strain have so far been reported across the country, of which eight were detected in Delhi and seven in Bengaluru. 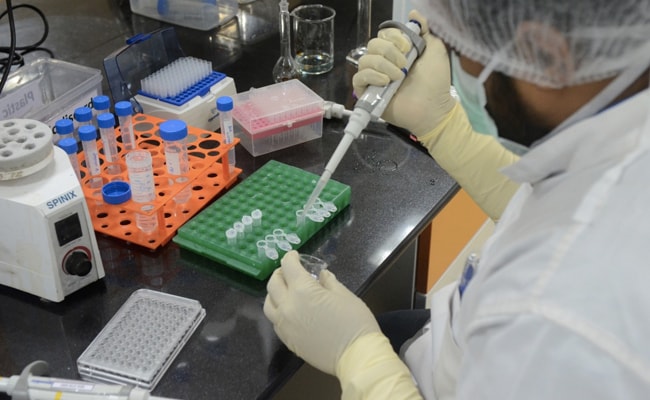 The patient, son of an official of the state Health Department, tested +ve for the new Covid variant

West Bengal has reported its first case of a mutant coronavirus strain that surfaced in the United Kingdom, a senior health official said on Wednesday.

The patient, son of a senior official of the state Health Department, tested positive for the Variant of Concern 202012/01 (VOC-202012/01) mutant coronavirus strain after returning from London 10 days ago, the official said.

"The youth is undergoing treatment at the Calcutta Medical College and Hospital's super-specialty section. He is under observation. We have advised all those who have come in contact with him to isolate themselves," the official told news agency PTI.

He had tested positive for COVID-19 at the Netaji Subhas Chandra Bose International Airport on the day of his return to Kolkata, he said.

"As he had returned from the UK, we had sent his samples to Kalyani's National Institute of Biomedical Genomics for genetic analysis as per the protocol set by the Centre.

"The new strain of the coronavirus was detected during his genetic analysis. We had sent the report to Delhi-based National Centre for Disease Control, which has asked us to put him under strict isolation," the official said.

Six others who had come in contact with the youth at the airport also underwent genetic analysis but tested negative for the new COVID-19 strain, he said.

The youth, however, was not having "serious health issues" and was "quite okay" at the moment, the official said.

The state Health Department has decided to prepare a list of passengers who had shared the flight with the infected youth, he said.

The administration is also planning to screen the officials and the crew of the flight who had come in contact with the youth, the official said.

"We are trying to locate them and find out about their health conditions, depending on which we will decide whether to conduct any medical examination. We will ask them to stay under home isolation," he said.

Twenty cases of the mutant coronavirus strain have so far been reported across the country, of which eight were detected in Delhi and seven in Bengaluru.

More than 40 countries including India have banned travel to and from the UK, a move several scientists said was necessary in view of the rapid spread of the VOC-202012/01, which was first detected on September 21.

2, Including 62-Year-Old Man, Arrested For Making Fake Passports In Mumbai