Bengal Allows Eateries To Open For 3 Hours With Vaccinated Staff 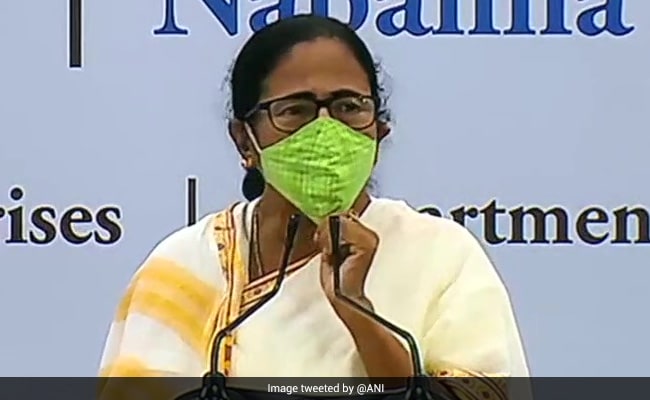 With the Covid-19 situation improving in West Bengal, the state government on Thursday decided to allow restaurants to open for three hours in the evening, provided people working there are vaccinated, Chief Minister Mamata Banerjee said.

The eateries can be opened after the ongoing Covid-related restrictions come to an end on June 15, she said.

The government is also thinking of allowing shopping malls to operate with 25 per cent workforce after June 15, she said at a meeting with representatives of various chambers of commerce at the state secretariat.

"COVID-19 contagion is declining in West Bengal following the imposition of restrictions. Restaurants can be open for three hours in the evening from 5 pm to 8 pm provided the people working there are vaccinated," Ms Banerjee said.

The state has plans to allow retail shops to keep open for one more hour till 4 pm after June 15, the chief minister said. At the moment, marketplaces are allowed to do business from 7 am to 10 am while retail shops and outlets selling saree and jewellery can operate between noon and 3 pm.

The Chief Minister said that her government was mulling the option of vaccinating domestic helps in the same way it has planned to inoculate hawkers, bus conductors, vendors and others who are considered as "super spreaders".

Altogether 1.4 crore of people in West Bengal have been inoculated so far, she said.

At the meeting, Ms Banerjee also urged representatives of the chambers to financially help the government in vaccinating the population of the state.

"We have been vaccinating 60-70 thousand people every day. The government cannot single-handedly vaccinate everyone. I will urge you to come forward and help us to inoculate people," the chief minister said.

She also urged them to try to procure doses on their own to vaccinate workers of industries.

"As trains are not operating now, you can inform workers at least 72 hours before. Discuss the matter with the health department and try to source vaccines from wherever possible because we are not getting enough vaccines," Ms Banerjee said.

The Chief Minister, who also holds the health portfolio, said that the attention would be given to inoculate people working in rice, wheat and flour mills as well as those employed in the brick kiln sector.

The central government has provided only 17 lakh vaccines while her government had sought three crore, she said.

Ms Banerjee also sought the help of the chambers in relief works in districts ravaged by Cyclone Yaas.

On the opening of the tourism sector, she said that a thorough discussion with hotel and transport associations is required before any decision is made.

"We have to see how we can assist them. We cannot take any chances," the chief minister said.

Legal Services Body In Bengal Gets Its First Transgender Advocate