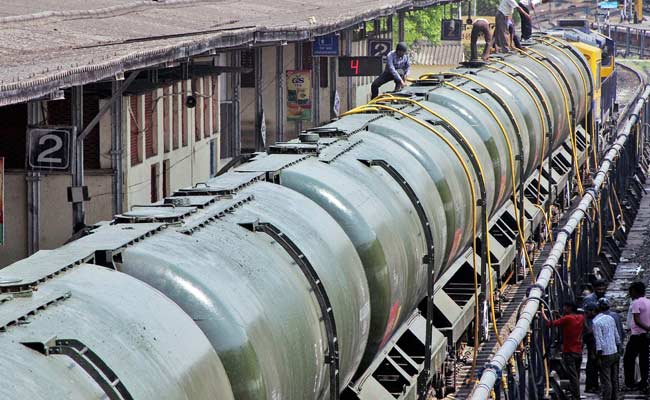 The first 'water train' started on April 11 from Miraj to Latur with 10 tanker wagons.

Latur, Maharashtra: Heavy rains in most parts of Maharashtra notwithstanding, the parched Latur city and surroundings continue to be supplied drinking water through the 'Jaldoot' special train operated by Indian Railways, an official said in Latur on Saturday.

On Friday, the train completed its 100th ferry run between Miraj in Osmanabad to Latur carrying its precious cargo of fresh drinking water over a distance of 343 km.

The first 'Jaldoot' started on April 11 from Miraj to Latur with 10 tanker wagons each carrying 50,000 litres water.

Later, the number of wagons was increased to 50 and till date it has supplied nearly 24 crore litres to Latur and some adjoining areas.

The official said that although Latur and other parts of the dry Marathwada received good rainfall in June-July, the catchment areas of Manjara Dam on the Osmanabad-Beed border continues to remain deficient.

The wagons were procured from Kota, Rajasthan, cleaned and then filled up, each refill taking around 12-14 hours before dispatch to the thirsting population of Latur and nearby villages.

The idea of operating 'Jaldoot' trains - a first for the Indian Railways, was jointly proposed by Railway Minister Suresh Prabhu and Maharashtra Chief Minister Devendra Fadnavis in view of the extremely critical water crises in Latur last summer.

In view of the severe water crisis in Latur and certain other pockets in the state, for the first time, the state government provided police security to water tankers, reservoirs and imposed prohibitory orders at water distribution points.