Five people were seen in a viral video riding on a single motorcycle in Uttar Pradesh's Moradabad. 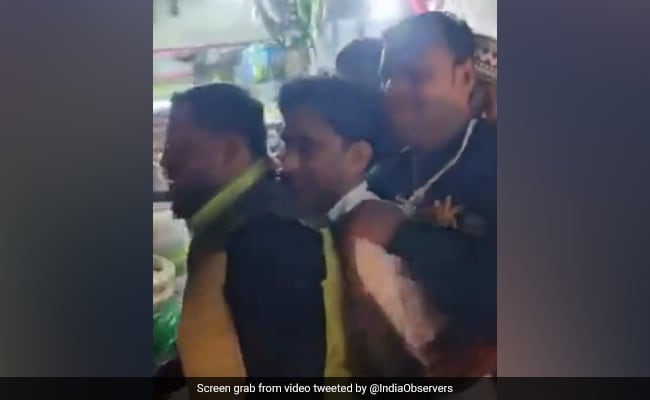 A challan of Rs 6,500 has also been issued against the five men

Bizarre stunts are quite common on Indian roads. On a daily basis, it's become normal to witness several people travelling on a single vehicle. However, flouting traffic rules and overburdening a vehicle can prove fatal for the rider as well as others on the road. In a similar instance, five people were seen in a viral video riding on a single motorcycle in Uttar Pradesh's Moradabad.

Posted by IndiaObservers on Twitter, the clip shows five young men riding a motorcycle on the busy roads of Moradabad. The person who shot the video is also seen talking to the men on the bike, and exclaims, ''Ek pe paanch.'' (Five people on one). Meanwhile, men on the bike are seen smiling, without displaying an ounce of discomfort.

Five people on a bike were seen roaming on the road in #Moradabad, #Uttarpradesh#Trending#Viralvideo#Indiapic.twitter.com/aOjIHA2sZX

After the video went viral, the local police charged the five accused and sent them to jail. Since the number plate of the motorcycle was visible in the video, the police were able to identify the men and action was taken promptly. A challan of Rs 6,500 has also been issued against the five men under the Motor Vehicles Act.

In a tweet, Moradabad police wrote, ''Taking cognizance of the video on social media of 5 people riding a bike carelessly/dangerously, the Moradabad police seized the bike as per the MV Act, seized the bike and challaned Rs.6500/- and detained five people, Necessary action is being taken.'' They also shared a ''Before and After'' image of the men, with the latter picture showing them behind bars.

According to an ANI report, the five men have been identified as Arif, Asif, Irshad, Shamim and Wasim. All of the men are residents of the Asalatpura area in Moradabad.

Traffic rules in India allow no more than a driver and a pillion rider - a maximum seating capacity of two - to ride a two-wheeler.