Former Chief Election Commissioner (CEC) Nasim Zaidi , who demitted office on Wednesday, said the entire controversy was "most avoidable" as electronic voting machines (EVMs) were in use for a long time and several expert committees had vouched for their soundness. 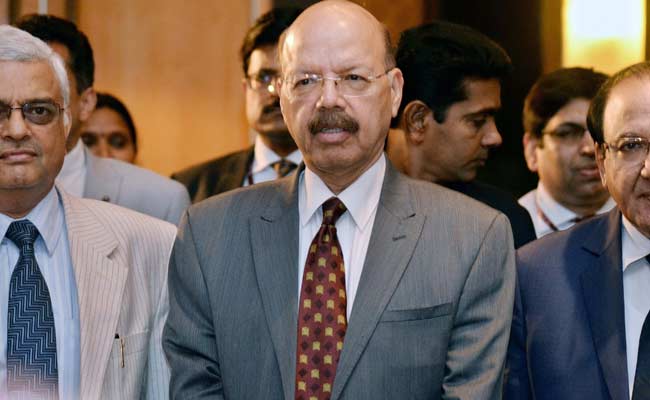 Nasim Zaidi said the Commission has always been open to suggestions to further enhance EVMs' credibility.

"I was neither angry nor amused. I was very concerned about the integrity of the Commission, which it enjoys for decades. What was in my mind was how to preserve the integrity of the Commission and to retain and further enhance people's confidence in the institution. It is not a question of myself as an individual," Mr Zaidi told IANS in an interview when asked if he felt hurt or just laughed at the allegations during the EVM controversy.

Mr Zaidi, who demitted office on Wednesday, said the entire controversy was "most avoidable" as electronic voting machines (EVMs) were in use for a long time and several expert committees had vouched for their soundness.

"I feel that this (EVM) controversy was most avoidable, in the sense that EC has been a pioneer in deployment of EVMs in consultation with political parties, and with so many technical committees saying that these are not tamperable. By using the same EVMs we have conducted 107 assembly elections and three general elections in 2004, 2009, 2014. They have always thrown correct results. This controversy was clearly avoidable," Mr Zaidi said.

He said that instead of "levelling wild allegations", political parties could have brought up specific cases of tampering with proof or credible information.

"But we haven't had any such evidence. We are waiting for it even today," Mr Zaidi said with a smile.

Mr Zaidi added that the Commission has always been open to suggestions and measures to further enhance the EVMs' credibility.

After results to the assembly elections in Uttar Pradesh, Uttarakhand, Punjab, Goa and Manipur were declared, in which the BJP swept the crucial state of Uttar Pradesh, some opposition parties raised doubts over the integrity of the EVMs.

Many other parties joined the chorus that was sparked by BSP Supremo Mayawati, who lost majorly in the state. In Punjab, the Arvind Kejriwal-led Aam Aadmi Party raised the same issue, and also after his party lost the Delhi civic elections.

However, the EC was prompt in issuing rebuttals every time such charges were levelled.

In June, the EC threw a challenge to political parties to come and hack the machine. Only the Nationalist Congress Party (NCP) showed interest in taking up the challenge but could do so. The poll panel had put in place several strictures for holding the exercise, after which most parties decided to keep away.
Comments
Nasim ZaidiEVM Credibility