With Chinese Submarines Spotted Near Andamans, India Turns To US 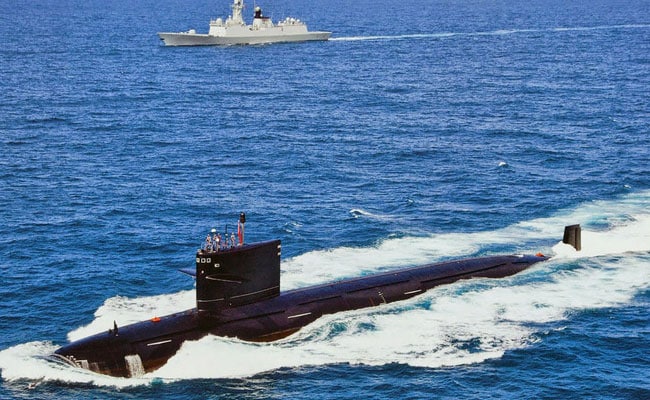 New Delhi: India and the United States are in talks to help each other track submarines in the Indian Ocean, military officials say, a move that could further tighten defense ties between New Delhi and Washington as China steps up its undersea activities.

Both the United States and India are growing concerned at the reach and ambition of the Chinese navy, which is taking an increasingly assertive stance in the South China Sea and is challenging India's domination in the Indian Ocean.

Indian naval officials say Chinese submarines have been sighted on an average four times every three months. Some are seen near India's Andamans and Nicobar islands that lie near the Malacca Straits, the entry to the South China Sea through which more than 80 percent of China's fuel supplies pass.

New Delhi, shedding its decades-old reluctance to be drawn into America's embrace, agreed last month to open up its military bases to the United States in exchange for access to weapons technology to help it narrow the gap with China.

The two sides also said their navies will hold talks on anti submarine warfare (ASW), an area of sensitive military technology and closely held tactics that only allies share.

An Indian naval spokesman declined to comment on the proposed anti-submarine warfare cooperation with the United States.

But an Indian naval source, briefed on the discussions, said the focus of the next set of joint exercises to take place in the northern Philippine Sea in June will be on anti-submarine warfare.

Japan, a close US ally whose submarines are believed to track Chinese submarines in the western Pacific, will also be a participant in the exercises.

Collin Koh, a submarine expert at Singapore's S. Rajaratnam School of International Studies, said increased US submarine and surveillance activity was being seen across the region.

"We will see the Indian Ocean grow in importance, too, particularly around traditional chokeholds, such as the approaches to the Malacca Straits and the Nicobar islands, so an improved US relationship with the major submarine player in the area, India, is very significant," Mr Koh said.

China for its part is seeking to secure its energy and trade transportation links by building ports and other infrastructure for countries such as Sri Lanka that lie along the vital shipping route.

Asked about collaboration between India and the United States on submarine warfare, Hua Chunying, a spokeswoman for China's Foreign Ministry, said China had noted countries in the region engaging in military cooperation.

"We hope that the relevant cooperation is normal, and that it can be meaningful to the peace and stability of the region," she said.
© Thomson Reuters 2016