"Wary" Bangladesh To Weigh India's Offer To Use Its Ports: Report

India said the initiative would shift cargo from the costly land route and create an opportunity for Bangladeshi garment exporters to reach European and American markets avoiding congestion at the Chittagong port. 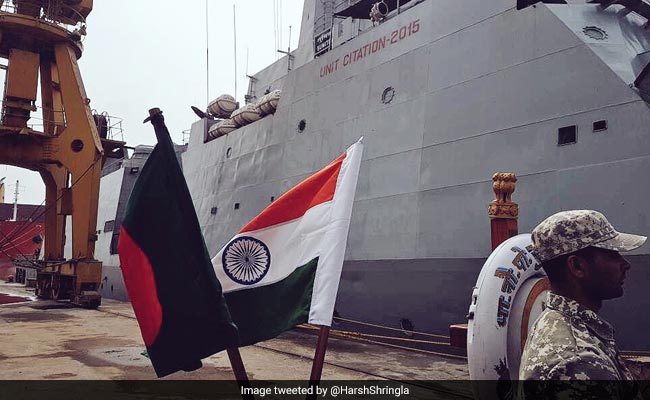 Bangladesh is yet to approve India's proposal which was floated several months ago. (File)

Bangladesh will evaluate cautiously a recent Indian offer asking the country to use its Kolkata and Haldia ports for transshipment to make coastal shipping more cost effective for bilateral trade, officials and reports said in Dhaka on Monday.

Bangladesh is yet to approve India's proposal which was floated several months ago.

The Financial Express newspaper carried a report saying Bangladesh's shipping ministry officials decided to evaluate the proposal "warily" as its own Chittagong and Mongla seaports were upgrading their capacity.

Shipping Secretary Abdus Samad said Bangladesh would take a decision on the proposal after a thorough consultation with the government and non-government stakeholders.

"If the stakeholders recommend, we will discuss on this proposal," shipping secretary Abdus Samad told the newspaper.

Other officials concerned said they would review the decision keeping in mind the interests of Chittagong and Mongla as their capacity was rising.

They, however, said the issue was likely to be discussed in the upcoming shipping secretary-level talks scheduled for October 24-25.

India said the initiative would shift cargo from the costly land route and create an opportunity for Bangladeshi garment exporters to reach European and American markets avoiding congestion at the Chittagong port.

Currently, ships are allowed to transport only bilateral cargos from Kolkata and Haldia ports, while they are barred from carrying international cargos under a coastal shipping agreement.

Both Kolkata and Haldia have ample capacity to handle the volume but the Chittagong and Mongla ports were constructing several terminals as well to enhance its capacity.

Bangladesh Cabinet last month approved a draft agreement to allow India to use Chittagong and Mongla ports to transport cargo to its northeastern states.

Bangladesh readied the draft for signing the deal with India, while officials said Nepal and Bhutan could be included in the agreement if they wished to use the two ports.

The two countries had signed a Memorandum of Understanding (MoU) on the use of the two ports during Indian Prime Minister Narendra Modi's visit to Dhaka in June, 2015.

This was followed by nearly 22 per cent growth in April-July 2018 while officials said keeping in tune with the trend, bilateral cargo movement through coastal shipping was also rising.