At his farmhouse in his village, he has built a runway over an acre of land, a workshop, and an aeromodelling laboratory. 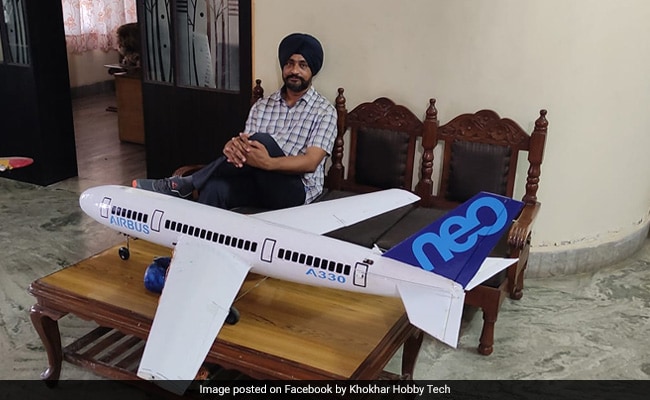 A farmer from Punjab's Bathinda gave wings to his childhood passion for flying by venturing into the field of aeromodelling a few years back and has now tied up with a number of universities to teach nuances of aeronautics to students.

Yadwinder Singh Khokhar (49) has been making models of various aircraft from high-density thermocol.

He has also received various awards for his creativity and innovation.

Mr. Khokhar is a resident of Siryewala village in sub-Tehsil Bhagta Bhai Ka in Bathinda district.

He says as a child he wanted to fly like a bird.

"I wanted to fly like a bird. Somewhere this desire, this passion remained even when I took up farming in 1996 after completing my studies," he says.

Mr. Khokhar did his initial schooling at schools in Bathinda and Muktsar and passed higher classes at the Punjab Public School, Nabha. He graduated from DAV College, Jalandhar, and later did a diploma in computer application from Bathinda.

"After 1996, when I completed my studies, I started farming in my village. In 2007, there was a wedding in the family when I went to the UK. I saw these aero models in a flying club there.

"I brought two small aero models from there. As I developed more interest in aeromodelling, I started surfing the internet for more information on the subject. Later, I did a course in aeromodelling from an institute in Delhi, which some retired Army and Air Force officers then ran.

"They also used to publish a monthly magazine in which various aspects of the subject like flying theory, electronic set-up, engine set up, how planes fly, everything used to be explained in detail," he said.

At his farmhouse in his village, he has built a runway over an acre of land, a workshop, and an aeromodelling laboratory.

He makes models of various aircraft and flies them over his fields.

"There is proper take-off and landing of these aero models. These are remotely piloted aircraft," he said.

"I make thermocol models in big sizes. It is a high-density special thermocol.

"Recently, I have made a model of C-130 Hercules transport aircraft, which is the largest handmade aircraft model in India and has been recognised so by the India Book of Records in August 2022," he said.

He has also made models of other aircraft too including the Sukhoi jet. Now, he is making a model of another transport aircraft-- Antonov- An 225 model, its wing span will be 12 feet.

Mr. Khokhar informs that whatever work he is doing is within the guidelines prescribed by the Directorate General of Civil Aviation including those pertaining to the height to which such aero models can fly. 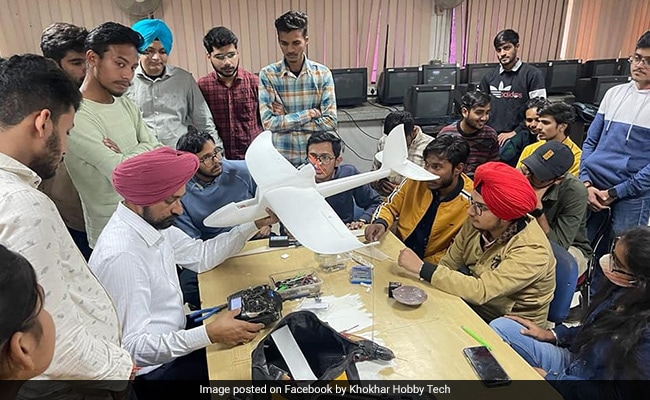 Yadwinder Singh Khokhar (49) has tied up with three universities to teach students aeromodelling.

For their practicals, he organises various workshops regarding aeromodelling. The students get to visit his farm where they are shown how working models of various aircraft are made, and given lessons about basic designing and training on how these are operated.

He has also registered a detailed syllabus on aeromodelling with Maharaja Ranjit Singh Technical University and students will be taught this as part of the course subject.

Many universities and many regiments of the Army have felicitated him, he says.

He says he is also doing some projects for the defence forces.

Mr. Khokhar feels proud of the fact that his elder son also drew inspiration from his hobby and become an aeronautical engineer.