A video shows Bala Bachchan, who represents Rajpur Assembly seat in Barwani district, responding to villagers who had sought funds for development works. 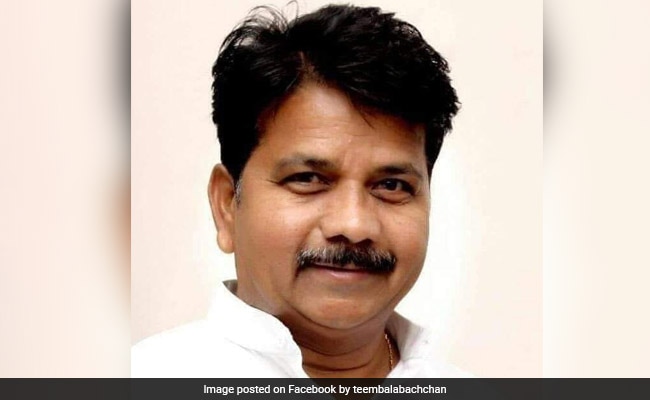 We did everything for you, but we are not fools, minister Bala Bachchan said.

Madhya Pradesh Home Minister Bala Bachchan has been caught on camera purportedly telling residents of a village in Barwani district to join the ruling Congress if they want more funds for development.

As opposition BJP mounted attack on the Monday night video which has gone viral, Mr Bachchan on Wednesday denied "luring" the people.

Mr Bachchan was addressing a gathering of villagers during a programme organised by Patil Samaj at Jalgon.

The video shows Mr Bachchan, who represents Rajpur Assembly seat in Barwani district, responding to villagers who had sought funds for development works.

Asking a man from the gathering how many families from the Patil community in the village belonged to the Congress, the minister said, "We have given crores (of rupees of government funds for development), but did not get votes...people take money from us and don't give us votes."

"I will give more (funds) than what you are asking for. Think and join the Congress first, because we also have to give answer to all of them (the party workers)...We have sanctioned roads worth Rs 50 crore from where we got leads (during the elections)," he said.

"We did everything for you, but we are not fools...We will give more where we have got the lead (in elections)," the minister added.

During the speech, Mr Bachchan also said he had allocated funds in every village and people vowed to vote in his favour, but during the election they "went against us".

He told the villagers to think over his proposal (of joining the Congress), saying he would return to the village shortly.

The Congress MLA also alleged that the BJP used to mislead the people.

As the video went viral and the Opposition criticised him, Mr Bachchan denied luring the people to his party for funds allocation.

"Reality is not what is being said. You listen to it first. The party workers had a meeting. The workers, who stay at the booth round-the-clock, get angry over the allocation of funds. I was speaking to our workers," the home minister claimed.

Senior BJP leader and MLA Rameshwar Sharma said the minister's speech was against the "Constitutional oath" of his office.

"Bachchan cannot lure the electorate to his party in exchange of allocation of government funds. This is against the constitutional oath, which he took as a minister and as an elected representative. A minister is for all the people of the state and not only for those who voted for him," Mr Sharma said.