Over 55,000 CRPF personnel deployed in J&K have been advised "not to show hurry" during anti-terror operations in residential areas. 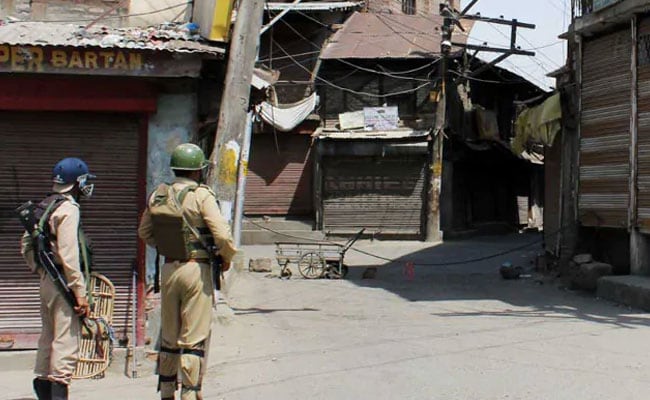 Two militants, two policemen and a civilian were also killed in the operation.

To prevent Pulwama-like suicide attack in which 40 CRPF troopers were killed and casualties in anti-terror operations in Jammu & Kashmir, the Central Reserve Police Force (CRPF) has "revised" its combat strategy to "wait, watch and take time" and issued new Standard Operating Procedures (SOPs).

Over 55,000 CRPF personnel deployed in J&K have been advised "not to show hurry" during anti-terror operations in residential areas.

The new advisory was issued after three CRPF troopers, including an Inspector, were killed after a 48-hour gunfight on Sunday that began on March 1 at Babagund village in the Handwara area of the Kupwara district.

The CRPF lost its men when they were carrying out searches at the site after the end of gun-battle. A militant, presumed to be dead, rose from the debris of a blasted house and fired at them indiscriminately.

Two militants, two policemen and a civilian were also killed in the operation.

"There is clear instruction for every CRPF trooper on combat duty in J&K to 'wait, watch and take time' during anti-terror operations. This is not new. It is a part of our SOP, which has been revised after we lost three personnel," a CRPF official told IANS.

The official said the security personnel would not have been killed, had they waited before carrying out the search operation after the gun-battle. "We change our strategies and revise our SOPs from time to time," he said.

After the Pulwama attack, CRPF Director General R.R. Bhatnagar had in a media briefing last month, stated the CRPF was formulating some strategies but refused to divulge specifics.

The CRPF has already tweaked things like "traffic control" and "convoy movement timings" to enhance security for its 3.5-lakh strong force.

It has also revised the strategy to deal with explosive attacks, said another official privy to the developments.