VVIP, Not 5 VIP: On Sharad Pawar Seat Row At PM's Oath, A Clarification

As per various media reports, Sharad Pawar's party was miffed over seat allotment being contrary to protocol. 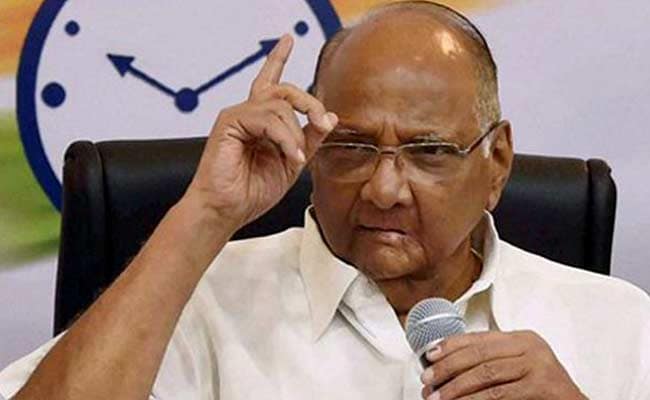 The Rashtrapati Bhavan has clarified on Wednesday on a controversy over Nationalist Congress Party chief Sharad Pawar's seating at Prime Minister Narendra Modi's oath ceremony. Mr Pawar had skipped the oath ceremony after his party was reportedly miffed about his seat in the fifth row.

In a tweet, Ashok Malik, Press Secretary to President Ram Nath Kovind stated that Mr Pawar's seat was designated in the first row of the VVIP section and not fifth. He also said that Mr Pawar's party members may have confused V for VIP with Roman numeral 5 (V) .

"At the swearing-in ceremony on May 30, Mr Sharad Pawar was invited to the "V section", where the most senior guests sat. Even within "V", he had a labelled first row seat. Somebody in his office may have confused V (for VVIP) for the Roman V (five)," Mr Malik said in a tweet.

The clarification was issued after contrary media reports and media queries received by the President's office, Mr Malik explained in another tweet.

As per various media reports, Sharad Pawar's party was miffed over seat allotment being contrary to protocol.

Prime Minister Narendra Modi and his council of ministers were sworn in for a second term on May 30 at a grand-ceremony organised in the forecourt of Rashtrapati Bhavan.