The Congress and the BJP, whose rivalry sharpened since as the national elections got closer, has peaked since the terror attack at Jammu and Kashmir's Pulwama. 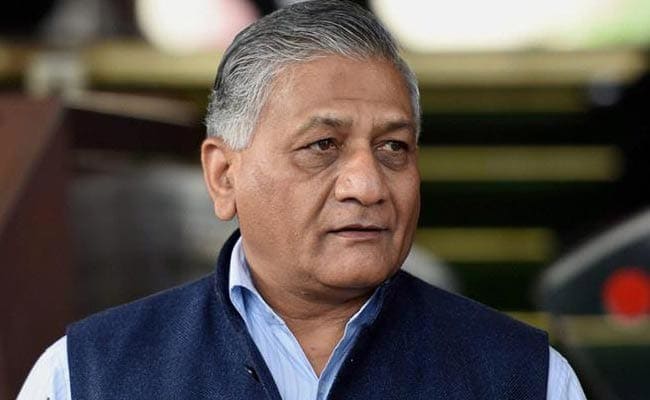 Union minister VK Singh today started a chain reaction when he suggested "crowdsourcing" to track what he called the "lies" of Congress chief Rahul Gandhi. The rivalry between the Congress and the BJP, which sharpened since as the national elections got closer, has peaked since the terror attack at Jammu and Kashmir's Pulwama. The Congress has criticised the government's handling of the matter, and accused the BJP and Prime Minister Narendra Modi of politicising the issue.

Today, Union Minister VK Singh, who is also a former soldier, tweeted: "Now this one is really interesting. Let's crowdsource all the lies. Tag three people you know, who will share with you a @RahulGandhi lie."

The tweet was accompanied by a hashtag -- #RahulGandhiLieChallenge and tagged Union ministers Rajyavardhan Rathore and Jayant Sinha and senior party leader Anurag Thakur.

One of them responded immediately. Mr Singh's cabinet colleague Rajyavardhan Rathore, another former soldier and Olympian, posted a comment, accompanied by a video clipping:

Here's when he claimed Rafale offsets of 1.3 L crores,when deal itself is 58k crores!

Earthquakes are caused by tectonic movements in the Earth's crust.

Not by peddling lies.

Sharing the video to help recall.

The Congress is yet to respond to the matter.

For months, the BJP and the Congress have been exchanging tit-for-tat allegations of lying over the government's deal for 36 Rafale fighter jets.