Vijay Mallya Out Of Legal Options, May Be Extradited Within A Month

Under the India-UK Extradition Treaty, the UK Home Office of minister Priti Patel is now expected to formally certify the court order for Vijay Mallya to be extradited to India within 28 days. 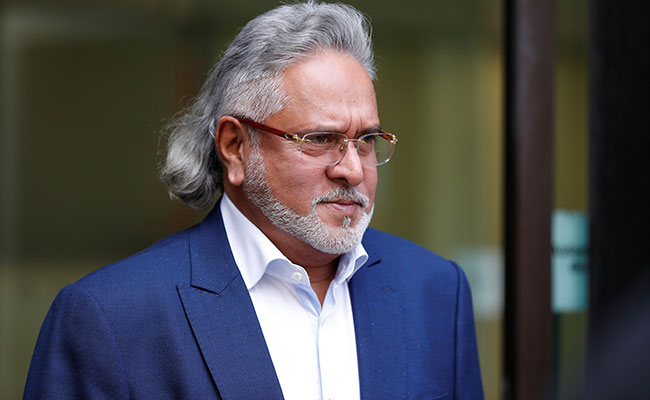 Business tycoon Vijay Mallya on Thursday was denied permission to appeal to the UK Supreme Court against a High Court order that upheld a 2018 ruling to extradite him to India to face fraud charges resulting from the collapse of his defunct company Kingfisher Airlines.

The decision ends his legal options to challenge his extradition. Under the India-UK Extradition Treaty, the UK Home Office of minister Priti Patel is now expected to formally certify the court order for Vijay Mallya to be extradited to India within 28 days.

Sources in the Indian investigative agencies have told NDTV that according to British law, the 28 day-period starts with immediate effect. "If everything goes per the schedule, Mallya would be in India in less than 30 days," an official said.

India wants to bring back the 64-year-old businessman, whose interests have ranged from aviation to liquor, over Rs 9,000 crore in loans Kingfisher took out from banks which the authorities argue he had no intention of repaying. Vijay Mallya denies the charges against him and is currently on bail.

Last month, he lost an appeal in Britain's High Court against the extradition. "The SDJ (senior district judge) was entitled to find that there was a prima facie case of fraud by false representation," the High Court said in its more than 23,000-word ruling.

Vijay Mallya, the co-owner of the Formula One motor racing team Force India which went into administration in 2018, was nicknamed "the King of Good Times" after the slogan of one of his premium beers and his hard-partying lifestyle.

His extradition would be a huge win for Prime Minister Narendra Modi, who has faced pressure from political opponents to bring to justice several people who have fled India in recent years to escape prosecution, many for loan defaults.

"UK Extradition Act permits appeal before Supreme Court only if there is a "significant point of law" to be settled... that too within 14 days period. Even if he chooses for an appeal, it's unlikely to be permitted as there is no significant point of law to be settled in this case. Mallya's extradition is confirmed and sealed," an official from Indian law enforcement agency told NDTV last month.

Vijay Mallya has repeatedly said that Indian banks can take back 100 per cent of the principal amount owed to them.

Earlier on Thursday, he tweeted:

Congratulations to the Government for a Covid 19 relief package. They can print as much currency as they want BUT should a small contributor like me who offers 100% payback of State owned Bank loans be constantly ignored ? Please take my money unconditionally and close.

Vijay Mallya's lawyer, Clare Montgomery, had argued that the 2018 extradition ruling by Judge Emma Arbuthnot had "multiple errors" because she did not take into account all the evidence about the financial status of Kingfisher Airlines.

In 2018, Judge Arbuthnot rejected Vijay Mallya's argument that the case was motivated by political considerations, that he would not receive a fair trial in India and that extradition would infringe his human rights.

In her judgement, she said that Indian banking officials might have been in "the thrall of this glamorous, flashy, famous, bejewelled, bodyguarded, ostensibly billionaire playboy who charmed and cajoled" them into ignoring their own rules and regulations.