Vijay Mallya Hounded, 'Else Would Have Repaid 80% Of Loan', UK Court Told

The Crown Prosecution Service, which is arguing on behalf of the Indian government, told a court in London yesterday that Vijay Mallya had fraudulently misrepresented the company's status to procure loans, avoided re-paying the loan and misused the money. 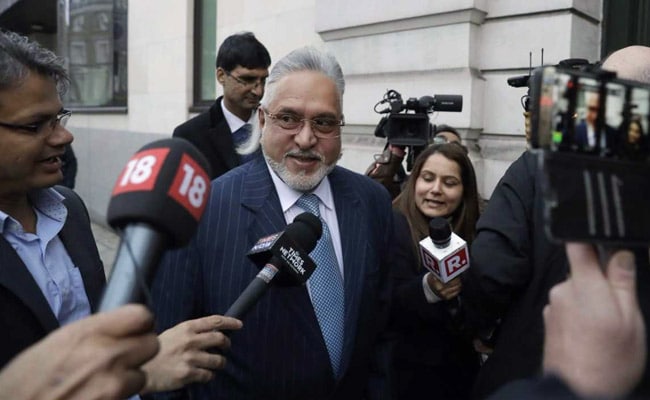 Liquor baron Vijay Mallya is facing extradition proceedings in a court in London.

LONDON: Fighting off an attempt to send him back to stand trial in India, tycoon Vijay Mallya told a court in London that he did not mislead banks to loan money to the collapsed Kingfisher Airlines and had even pumped in money from his other companies to save the airline from sinking.

"Calling him dishonest is a seriously advanced charge," Mr Mallya's lawyer Clare Montgomery told the court in London that is hearing a request for his extradition. She said the State Bank of India, which led the consortium of banks that extended the loan, had credibly appraised the loan and acknowledged that Mr Mallya's company had been "frank" in reporting its financials at that time.

Had he not been hounded by banks and the authorities, she said, "by now, Mr Mallya could have paid back 80 percent of the loans," she said.

The court had yesterday heard the Crown Prosecution Service, which is arguing on behalf of the Indian government, that he had fraudulently misrepresented the company's status to procure loans, avoided re-paying the loan and misused the money.

He had stashed the money - borrowed to rejuvenate his ailing Kingfisher Airlines - in different banks including "some chunks in HSBC London", the prosecution said, and made huge withdrawals in Goa. He spent part of it for towards motor racing and "spent the money to pay rent for two corporate jets which he largely used exclusively for personal use," the prosecution said.

The London court will next hear Mr Mallya's case on Thursday. The hearing will resume after a three day break and will conclude on 14th of the month.

Mr Mallya left India in March 2016 after banks got together to initiate legal proceedings to recover an outstanding of more than 9,000 crores. India formally asked for his extradition in February this year.

Promoted
Listen to the latest songs, only on JioSaavn.com
Today, the tycoon's lawyer attempted to demonstrate that he had not fraudulently misled banks into granting the airlines loans and he intended to repay the loan and had even offered a one-time settlement.

Ms Montgomery told the court that Kingfisher Airlines ran into trouble due to the global economic slowdown in 2009 and the Indian government's allegations against him "had been made without understanding the nature of business and the circumstances during the economic slowdown". She alleged that other airlines had faced financial troubles too but the government had helped them.