Vijay Mallya is the first person to be booked under the new law to deal with those who commit financial crimes and leave the country. 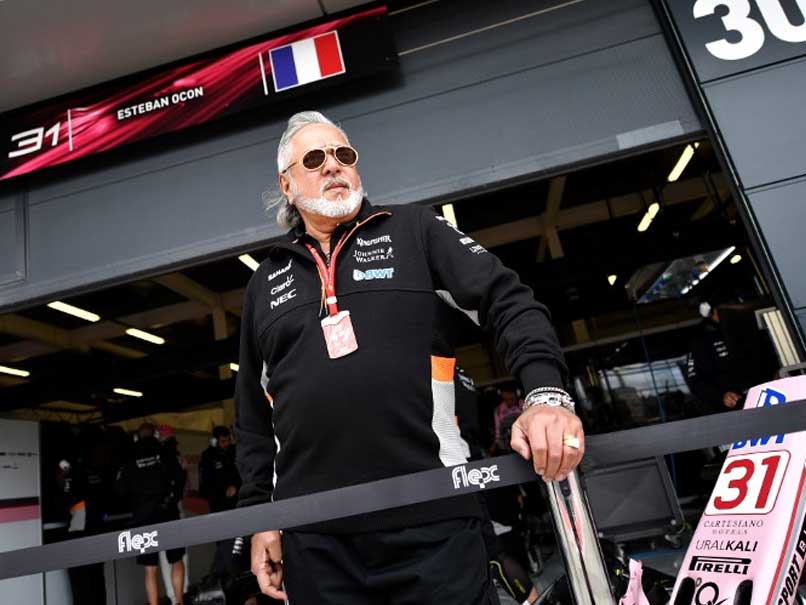 The Enforcement Directorate filed a supplementary chargesheet against Vijay Mallya.

The ED's fresh chargesheet against Vijay Mallya and his firms is likely to pave the way for him to be declared "fugitive" under a new Indian law.

The agency named Vijay Mallya and his firms - Kingfisher Airlines Limited and United Breweries (United Breweries Holdings Limited) - in its voluminous prosecution complaint filed before a special Mumbai court under the Prevention of Money Laundering Act.

The chargesheet revolves around a complaint received from State Bank of India on behalf of the consortium of banks for causing loss of Rs 6,027 crore to them by not keeping repayment commitments of the loans taken during 2005-10, officials said.

The Enforcement Directorate had filed an FIR in the case in August, 2016 after going through a CBI FIR.

"The SBI, which is the consortium leader, has calculated the amount (of the loan) to the tune of Rs 9,990.07 crore (including applied interest) as on May 15, 2018," the agency said in the chargesheet.

The ED alleged that Vijay Mallya and Kingfisher Airlines officials "hatched a criminal conspiracy for obtaining/sanctioning of bank loan to Ms KAL in gross violations of established procedures and the firm had no intention for repayment of the loan."

It charged that the accused - Vijay Mallya and Kingfisher Airlines - projected the "brand value of the airline as a collateral security inspite of the same being a hypothetical assets and suffering from deficiencies."

It said the loans were obtained by placing the corporate guarantee of the firm United Breweries and personal guarantee of Vijay Mallya, the chairman of Kingfisher Airlines.

"KAL had offered as a security, negative lien on fleet of hire purchase/finance lease aircraft against the loans availed from the banks despite being well aware that the said security was only a symbolic security in nature and was grossly inadequate to cover the exposure of the banks," the agency said.

It added that Kingfisher Airlines "acquired" a corporate jet for passenger operations for globe-trotting of UB group chairman Mallya, its senior officials and VVIP/chartered trips and it was stated that there would be surplus income from the operations of this plane.

"However, the said jet was never used for the said purpose and mainly used as a personal carrier for Mallya as it catered to his family members and friends," the ED alleged.

It said Kingfisher Airlines used two aircraft of Ms Veling Limited, by leasing them on very high lease rentals as compared to the market, and allegedly siphoned of Rs 3,432.40 crore funds by "over-invoicing the payments" made to the said plane owning company.

It said Kingfisher Airlines made payments of over Rs 254 crore to UK-based Force India Formula One Team Limited (FIF1TL) and Vijay Mallya "surreptitiously transferred funds of the firm giving a false purpose of remittance and thus diverted the funds (loan amount)."

Talking about the T-20 cricket Indian Premier League team, the chargesheet said, that the Bengaluru franchise of this sporting extravaganza (named Royal Challengers) was purchased by Mallya and "loan amount of Rs 15.90 crore was siphoned of and diverted from the bank account of Kingfisher Airlines held with Deutsche Bank to Royal Challengers Sports Pvt Ltd, Bengaluru."

The agency said it has attached assets valued at Rs 4,234.84 crore in this case and "by concealing these properties and non-payment of loan amount and diverting the loan proceeds out of India, Mallya and UBHL benefitted from the same and hence they are involved in the offence of money laundering."

It charged that some group companies of the UB group, of which Mallya was chairman, did not had "any actual activity and independent source of income" and the beleaguered businessman controlled all these companies through his office personnel.

Officials said the agency will soon move a court, after the special court takes cognisance of the latest chargesheet, to get declared Vijay Mallya a fugitive under a new Ordinance enacted by the Modi government.

PTI was first to report on Sunday that after this chargesheet, the central probe agency would immediately seek permission from a court to "confiscate" assets worth more than Rs 9,000 crore of the beleaguered businessman and his firms under the recently promulgated Fugitive Economic Offenders Ordinance.