The Mi-17 V5 helicopter was on an air maintenance mission at an altitude of 17,000 feet when it crashed around 6 AM near Tawang in Arunachal Pradesh on October 6.

Mi-17 V5 chopper was being flown by two experienced Air Force pilots at 17,000 feet when it crashed.

New Delhi: A video has emerged which clearly shows the crash of an Indian Air Force (IAF) helicopter  in Arunachal Pradesh earlier this month that killed seven military personnel on board.

The Mi-17 V5 chopper was on an air maintenance mission at an altitude of 17,000 feet when it crashed around 6 AM near Tawang on October 6. The helicopter was flying to Yangtse to drop off kerosene jerry cans at a forward Army camp.

A helicopter cannot fly without its tail rotor.

The air maintenance mission was being flown by two very experienced Air Fore pilots at an altitude of 17,000 feet. 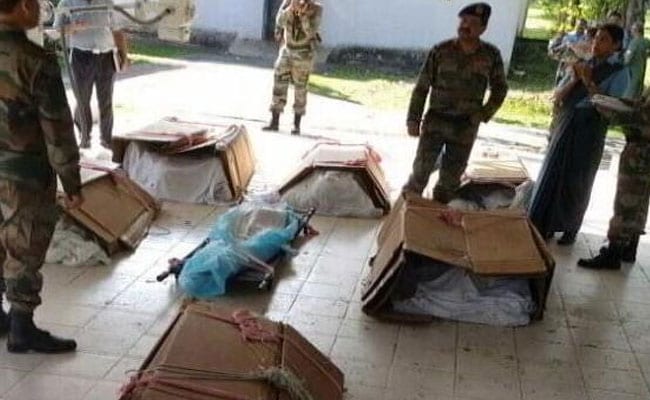 Mortal remains of the 7 men killed in the chopper crash being transported in cardboard boxes triggered controversy on social media. (File)

Promoted
Listen to the latest songs, only on JioSaavn.com
All personnel on board perished. The charred bodies of seven, including the pilot, co-pilot, flight engineer and two army officers, were found at the crash site close to the border with China.