From the airport, Mr Naidu proceeded to a reception organised by the local Indian community in Zimbabwe. 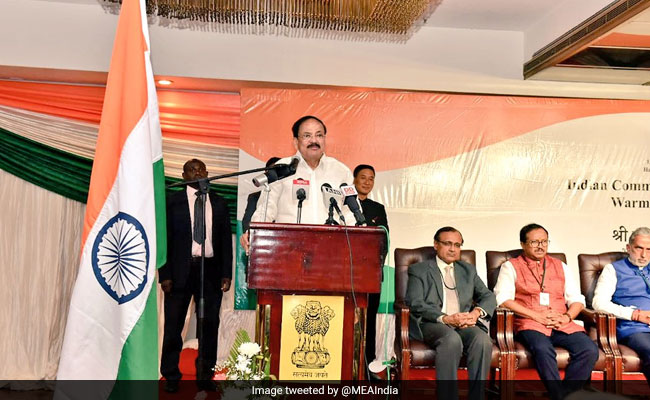 Vice-President Venkaiah Naidu interacts with the Indian community in Zimbabwe.

Vice-President Venkaiah Naidu today began his second leg of the three-nation trip to Africa from Harare and said India is keen to strengthen its relations with Zimbabwe and share expertise with African countries.

From the airport, Mr Naidu proceeded to a reception organised by the local Indian community in Zimbabwe.

Addressing the community members, he said Prime Minister Narendra Modi's government had embarked on an ambitious programme to develop India and cited projects like construction of airports and upgradation of roads.

India is developing fast and would soon become the largest economy in the world, Mr Naidu said adding that the country has embarked on reforms, which are painful but bearing fruits.

"India is keen to strengthen relations with Africa. Africa is at the top priority of India. We also want to work with Zimbabwe. I will hold discussions with President Mnangagwa for improving our bilateral relations," he said.