"History Has Not Done Justice To Sardar Patel": Vice President

Mr Patel wanted to bridge the urban-rural divide and he "re-focussed country''s attention on rural development" in line with Mahatma Gandhi''s ideal of "Ram Rajya'' (the perfect state), he said. 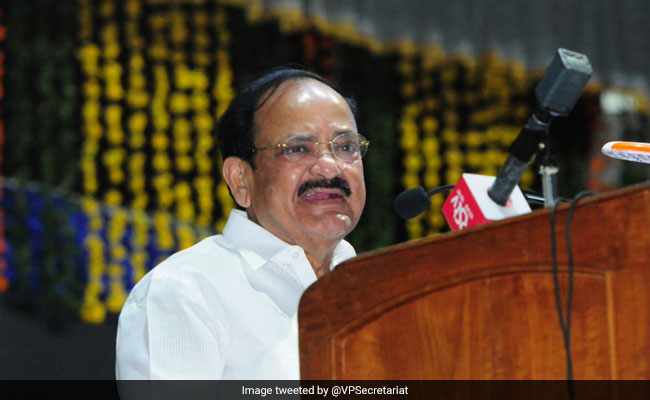 "Sardar Patel believed freedom without economic prosperity and social reform would rob India''s independence of its true meaning," he said.

Mr Patel wanted to bridge the urban-rural divide and he "re-focussed country''s attention on rural development" in line with Mahatma Gandhi''s ideal of  "Ram Rajya'' (the perfect state), he said.

Future generations must be taught to remember Sardar Patel "with respect and gratitude and understand his grand vision", he added.

Talking about the Statue of Unity at Kevadiya in Narmada district of Gujarat, Mr Naidu said, "I am told, and am happy to know, his statue is receiving double the number of visitors (as compared to) Statue of Liberty in America. Whoever visits India must visit Sardar Patel's statue and know about his contribution," the vice president said.

"Slowdown is temporary and India has the capacity to overcome temporary recession and become the third largest economy in the world," he said.

During the function, Mr Naidu presented an award to L&T group chairman A M Naik on behalf of CVM for being an  illustrious alumnus of the institution.

Mr Naik, a Padma Vibhushan awardee, is also the chairman of the National Skill Development Corporation.

Recalling his student days, Mr Naik said he never strove to be number one in his class, but decided to become more serious in his approach when he started working.

"(Initially) L&T did not call me for interview because I was not an IITian (IIT alumnus). Several years later I found myself way ahead of IITians. The message is: be a Vidyaite (CVMite) and do anything," he said.

"You don't have to worry about not being an IITian. All you have to think of is devotion, passion, conviction and commitment," he said.

Mr Naik, whose company built the Statue of Unity, termed it a "miracle". "Anyone who has not gone there must go. And take the
elevator to the top and be on the top of the world," he said.