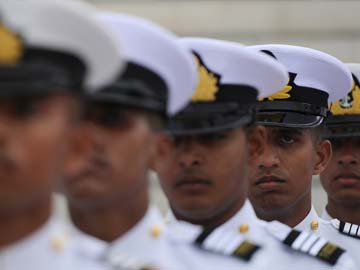 Beijing: Pakistan is "very concerned" with the development of the Indian navy which has emerged as "very powerful", Pakistan naval chief, Admiral Asif Sandila said today.

"The Indian navy is very strong I must say," Admiral Sandila, who is in China for the 65th anniversary celebrations of the Chinese navy told China's state-run Global Times.

"India is a big nation which has over one billion people. It has made a very powerful navy and continues to develop the navy forces," he said in reply to a question about his assessment of the Indian navy.

"On the other hand, Pakistan and India do not have very friendly relations at the moment, which makes people in Pakistan very concerned about the development of the Indian navy," he said.

"At the same time, we would like to do what we want to do if there's any threat to us. I don't want to say the threat can only come from one place, it can come from anywhere, but we want to be ready for that," Admiral Sandila said.

He stressed that the Chinese navy should play a bigger global role including in the Indian Ocean.

Promoted
Listen to the latest songs, only on JioSaavn.com
"The Chinese navy in my assessment has a very important role to play all over the world, not only in the South China Sea, or the Pacific and the India Ocean. China is a big power now and China has powerful navy forces," he said.

"Today the Chinese navy is operating for international causes. And of course they continue to play a very important role in anti-piracy in the gulf. China is also helping so many countries in Africa and Asia, I don't know how it can become a threat," he said.