Venkaiah Naidu To Review Working Of His Department In UP Today 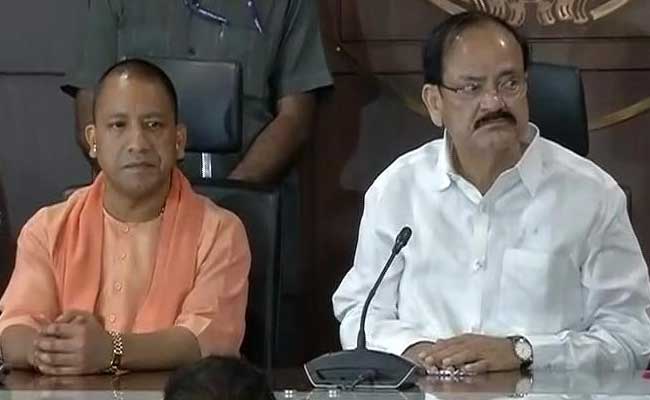 Uttar Pradesh Chief Minister Yogi Adityanath and others will attend the review meeting.

Venkaiah Naidu, who holds the portfolio of Urban Development and Housing and Urban Poverty Alleviation, will review the progress of various schemes, including Smart City Mission, PMAY (U), AMRUT and HRIDAY.

Uttar Pradesh Chief Minister Yogi Adityanath and others will attend the review meeting that is to be held in Lucknow.

Under the Atal Mission for Rejuvenation and Urban Transformation (AMRUT), the Centre has approved an investment of Rs 9,322 crore with Central assistance of Rs 5,043 crore for development of basic urban infrastructure in 62 cities and towns of the state.

Under the Smart City Mission, the Centre has so far approved an investment of Rs 8,770 crore with central assistance of Rs 2,000 crore for four cities - Lucknow, Agra, Kanpur and Varanasi.

Mathura is included in the Heritage Development and Augmentation Yojana (HRIDAY) for development of heritage structures with total central funding.

Under the Pradhan Mantri Awas Yojana (Urban), the Central government has approved construction of 20,682 affordable houses for the urban poor with an investment of Rs 1,058 crore. Central assistance of Rs 466 crore has been approved for this.