In a letter on March 30, the BSNL said the telephone dues billed during Varun Gandhi's 2009-2014 tenure as Pilibhit MP were not paid "despite several attempts" 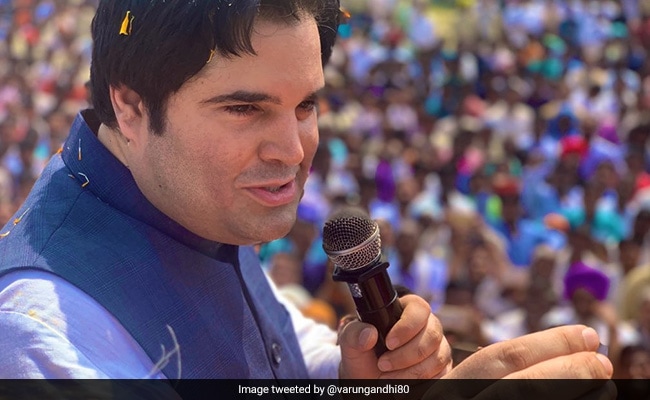 BJP lawmaker Varun Gandhi faces action for allegedly not paying telephone dues of over Rs 38,000. State-run Bharat Sanchar Nigam Limited (BSNL) has sent a letter to the Pilibhit District Election Officer asking for action against Varun Gandhi, who is contesting from Pilibhit in the national election.

In a letter on March 30, the BSNL said the telephone dues billed during Varun Gandhi's 2009-2014 tenure as Pilibhit MP were not paid "despite several attempts".

"An amount of Rs 38,616 is lying outstanding against a telephone provided for constituency office of Varun Gandhi, ex-MP Pilibhit during his previous term w.e.f 2009 to 2014," the letter says.

The government telecom service provider says: "After a long chain of correspondences made by the Lok Sabha secretariat, it has been intimated that the due amount might be pertaining to broadband services which is required to be paid by the MP himself."

Varun Gandhi had filed his nomination for the Lok Sabha polls from Pilibhit without a No Objection letter from the BSNL district office, said the letter.

Varun Gandhi contested and won the 2014 national election from the Sultanpur parliamentary constituency.  This time, the BJP has fielded him from Pilibhit, his mother Maneka Gandhi's constituency. Maneka Gandhi is contesting from Sultanpur, in a straight swap.

Pilibhit votes on April 23, in the third round of the national election. The results will be declared on May 23.