The former BJP leaders were inducted into the party in the presence of senior party leader Harish Rawat and All India Congress Committee General Secretary KC Venugopal. 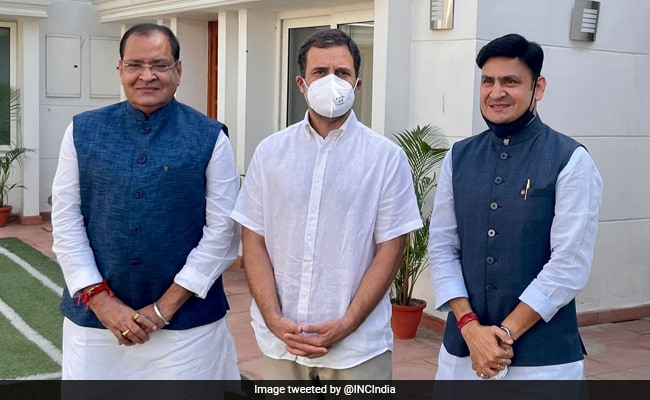 Uttarakhand Transport Minister Yashpal Arya and his son Sanjiv Arya have resigned from the Bharatiya Janata Party (BJP) and joined the Congress party in New Delhi.

The former BJP leaders were inducted into the party in the presence of senior party leader Harish Rawat and All India Congress Committee (AICC) General Secretary KC Venugopal.

He said that Yashpal Arya has done positive and constructive work in North India.

Yashpal Arya said, "I am talking to you in this holy temple (Congress). Today is an important day for me. Today, under the leadership and blessings of our leader Rahul Ji, I have got the opportunity to visit the Congress temple."

"Today I am coming back to my family and returning home. There can't be a day better than this. In my political life of 40 years, I have continued to work as district president, speaker, state president. I will serve Congress without any condition and will cooperate in the formation of the Congress government in the state," he added.

Expressing his happiness on the induction of the two leaders, AICC General Secretary Venugopal said that both the leaders have returned home. He further informed that Yashpal and Sanjiv met Rahul Gandhi this morning.

Earlier in 2017, Yashpal had said that he was upset with the then chief minister Harish Rawat's style of functioning and was feeling ignored in the party, following which, he along with his son quitted Congress and joined BJP.

Meanwhile, assembly elections in Uttarakhand are scheduled to be held next year.