Uttarakhand Landslide: Deaths Due To Rain Rise To 79 As 2 Bodies Recovered

Uttarakhand Landslide Chamoli District: The bodies were pulled out of the rubble by rescuers a short distance away from their village in Chamoli district on Thursday, officials said. 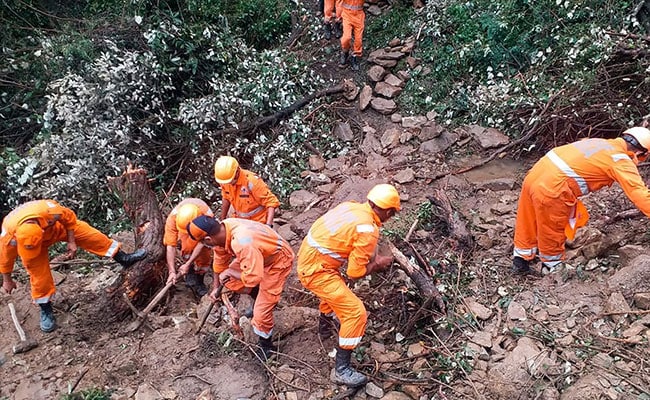 Bodies of two persons, who went missing after a landslide triggered by heavy rains in Uttarakhand's Chamoli district on October 19, have been recovered taking the number of deaths in rain-related incidents in Uttarakhand to 79.

Their bodies were pulled out of the rubble by rescuers a short distance away from their village on Thursday, officials said.

The two had gone to fix a drinking water pipeline near their village when they got buried in the debris of a landslide, they said.

They were identified as 48-year-old Bharat Singh Negi and 33-year-old Virendra Singh, who were residents of Chamoli district's Dungree village.

Chief Minister Pushkar Singh Dhami had met their families in the village recently to commiserate with them.