No Rise Of Water-Level In Joshimath: Trivendra Singh Rawat Cautions Against Rumours

Chief Minister Trivendra Singh Rawat retweeted the police's message and said, "Please do not pay heed to the rumours." 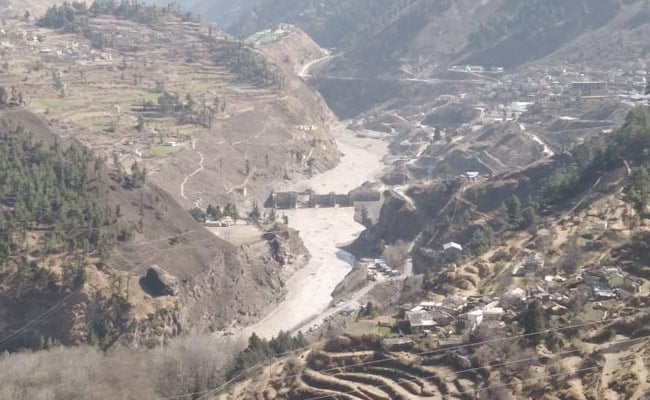 Rumours being spread on social media about the rise of water levels, the Chief Minister said.

Appealing people not to pay attention to hearsay, Chief Minister Trivendra Singh Rawat on Sunday shared Uttarakhand Police tweet cautioning people to not get mislead by the rumours being spread on social media about the rise of water levels in Joshimath, which are completely false.

"Misleading and fact-less news is being spread on social media by some person regarding the rise in the water level in Joshimath, which is completely untrue. We request everyone to please ignore such rumours, and only trust the sources which are reliable," tweeted the official account of Uttarakhand police.

Chief Minister Trivendra Singh Rawat retweeted the police's message and said, "Please do not pay heed to the rumours."

The rescue operations had to be suddenly stopped in Dhauliganga due to the rise in the water level of the river, police official Yashwant Chauhan had said.

State police chief Ashok Kumar said rescue work at the NTPC's 900-metre long Tapovan Tunnel has also been halted due to a rise in water level.

Meanwhile, Prime Minister Narendra Modi called Chief Minister Rawat to review the flood situation in the state. This was his fourth call regarding the matter.

"Prime Minister Narendra Modi just called and inquired about the Tapovan disaster. The Prime Minister assured all the necessary help and instructed not to leave any stone unturned in the relief work. It was his fourth call in the day and shows the Prime Minister have affection for Uttarakhand," tweeted Rawat.

The Indo-Tibetan Border Police (ITBP) has rescued 12 people who were trapped in the tunnel near the Tapovan area following a glacier burst in the Chamoli district.

The ITBP was carrying out the rescue operation at the tunnel near Tapovan dam in Chamoli to rescue trapped people. At least nine bodies have been recovered from the National Thermal Power Corporation Limited (NTPC) site in the Tapovan area, informed SS Deswal, Director General, ITBP.

Meanwhile, seven Navy diving teams are on standby for the flash flood relief operations in the state, said the Navy officials.

Uttarakhand Chief Minister has announced an compensation of Rs 4 lakh each to the family members of those who lost their lives due to the glacial burst.

Nearly 180 sheep and goats were believed to have been swept away in the flash flood, said Rawat adding five locals including three shepherds and two women who were cutting grass had lost their lives in the disaster.

"We are assuming that around 125 people are missing. The number can be higher," Rawat said. He added that the government has all the needed assistance to handle the situation for now.