Read inOther Languages
This Article is From Feb 08, 2021

Uttarakhand Glacier Break: The 520 MW Tapovan hydro-electric project was being constructed at a cost of nearly Rs 3,000 crore. 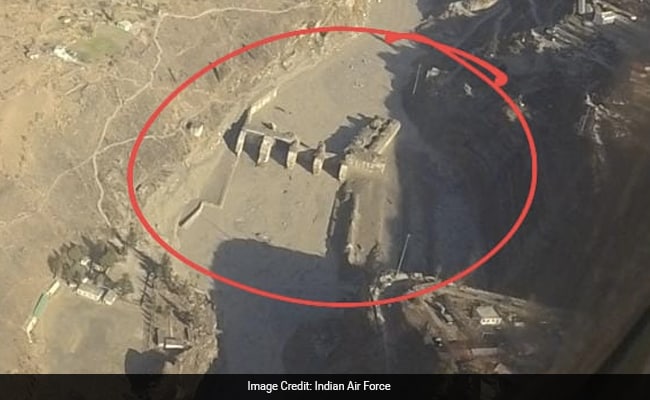 Tapovan dam is located at the confluence of Dhauliganga and Rishiganga rivers.

An early survey of the damage caused by the glacier break and flood to Uttarakhand's Tapovan Vishnugad hydropower plant shows the dam has been "completely washed off", Indian Air Force sources said on Sunday.

Pictures from reconnaissance flights showed the dam, located at the confluence of Dhauliganga and Rishiganga rivers - around 280 km east of state capital Dehradun, destroyed. Two bridges at the entrance of Malari valley and near Tapovan have been washed away as well.

The main road between Joshimath and Tapovan, however, is intact. Construction work and hutments in the valley have been damaged.

"Rubble [was] seen from the entrance of Nanda Devi glacier till as down as Pipalkoti and Chamoli along Dhauliganga and Alaknanda," Air Force sources said.

Owned by the state-run NTPC Limited, the 520 MW Tapovan hydro-electric project was being constructed at a cost of nearly Rs 3,000 crore.

Several people working at the facility are among the 170 missing in the carnage triggered on Sunday by the glacier break near Raini village above Rishiganga river.

NTPC said the avalanche had damaged a part of its Tapovan Vishnugad plant, adding that the situation is being monitored continuously.

Uttarakhand is prone to flash floods and landslides and the disaster prompted calls by environment groups for a review of power projects in the ecologically sensitive mountains.

The Air Force along with the Army and Navy are helping with the rescue efforts following the tragedy.

The Uttarakhand government has made the following helplines for the Disaster Operations Center available to those stuck in affected areas or in need of any help: 1070 or 9557444486.