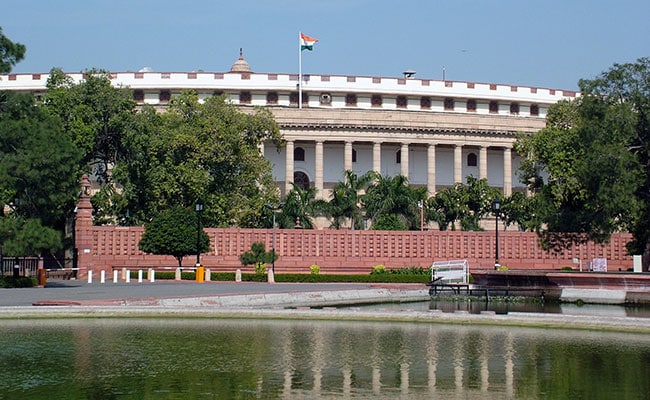 Six bills were passed in Lok Sabha and seven in Rajya Sabha in the first two weeks of the Parliament session.

New Delhi: The Goods and Services Tax Bill will not be taken up in the current session of the Parliament despite government's claims that efforts were on to negotiate a deal with the Congress. The government today released the agenda for the remaining five sittings of the Lok Sabha and the Rajya Sabha, which does not include the crucial constitutional amendment which proposes one umbrella tax for the whole country.

A senior minister said, "It's over for the GST Bill in this session. The Congress has given no indication that it may help pass the Bill. And the government though can try and organise required numbers by getting smaller parties like BSP, BJD, SP and others on board, the chances of passing (of the Bill) are dim as those opposing will create disorder. And a constitutional amendment needs a house in order".

The Congress has defeated the government's attempts to push the GST bill by raising demands like cap on GST, removal of 1 per cent surcharge for manufacturing states and streamlined arbitration.

While the Lok Sabha on Monday will resume a debate on the drought situation in the country, and also try to pass the Anti-Hijacking Bill already cleared by the Upper House, all eyes will be on the agenda involving Uttarakhand.

The Supreme Court has ruled that a trust vote is to take place on the May 10 in Uttarakhand; a chance for Harish Rawat to prove his majority. The Opposition in Parliament will demand that the ratification should be put to vote. The government is comfortable in the Lok Sabha as it has decisive numbers, but in Rajya Sabha, the united opposition and BJP's own allies have the potential to craft an embarrassment.

To minimise the embarrassment, the government is planning to time the Uttarakhand discussion in Rajya Sabha with the trust vote in the state.

During the next week, Rajya Sabha will take up the Appropriation (Railways) No. 2 Bill 2016; the Finance Bill 2016; The Indian Trusts (Amendment) Bill, 2015 earlier passed by the Lok Sabha. Along with it, a discussion on working of the ministry of small, micro and medium enterprises is scheduled to be taken up in the upper house.

The Child Labour (Prohibition and Regulation) Amendment Bill 2012 and the Rajendra Central University Bill 2015 are on the legislative agenda of the government, which will be first taken up in Rajya Sabha followed by in the Lok Sabha.

Despite major clashes between the government and the opposition, especially the Congress, over President's Rule in Uttarakhand and the AgustaWestland scam, in the first two weeks of Parliament session, six bills were passed in the Lok Sabha including the Insolvency and Bankruptcy Code 2015, the Railways Appropriation Bill and the Finance Bill.

The usually volatile Rajya Sabha passed seven bills including the Industries (Development and Regulation) Amendment Bill 2015 and discussed the working of the ministries of Health and Family Welfare and HRD, along with the drought situation in the country.

Both the houses have held short duration discussion on the alleged irregularities in AgustaWestland deal to procure VVIP choppers further to the judgment of court of appeals of Milan, Italy.

"How can the government expect us to support its landmark bill when it is targeting the Congress's first family. It started with the Herald case and now Agusta." a Congress leader said.

Thieves Break Into 1,200-Year-Old Gujarat Temple In Search Of Treasure