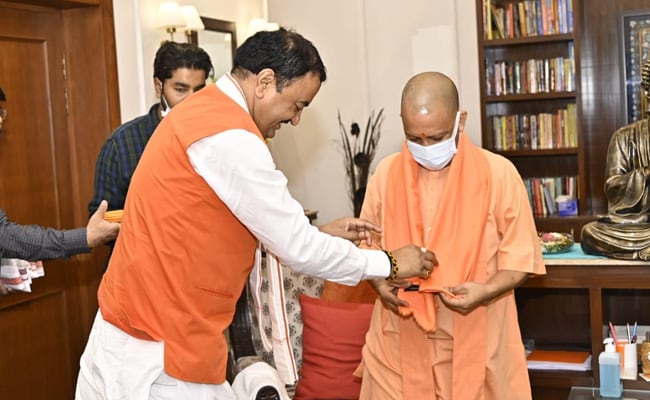 Uttar Pradesh Chief Minister Yogi Adityanath on Tuesday travelled less than 200 metres to the residence of his deputy, Keshav Maurya, ostensibly for a personal engagement but in a sure political sign the BJP is trying to project a united front with just months to go for a crucial Assembly election.

The Chief Minister, a senior leader of the RSS (the ruling BJP's ideological mentor) and UP's other Deputy Chief Minister, Dinesh Sharma, were also present at the lunch hosted by Mr Maurya to mark the marriage of his son in May - an event with restricted attendance due to Covid protocol.

One picture released by the BJP showed the newlyweds standing with Yogi Adityanath and Keshav Maurya and his wife. A second showed other leaders with the couple, and a third showed Mr Maurya offering something to the Chief Minister, with both men all smiles. The BJP released photos of Yogi Adityanath with Keshav Maurya, his wife, son and daughter-in-law

Right after the lunch, the Chief Minister and his deputies went to the BJP office in Lucknow for a meeting that was attended by top party leaders from Delhi - BL Santosh and Radha Mohan Singh, both of whom were in the city for a second time in as many weeks.

UP BJP Chief Swatantra Dev Singh was also present for this meeting, as were at least 20 other senior leaders of the party's state unit, including some ministers.

That meeting is still going on. 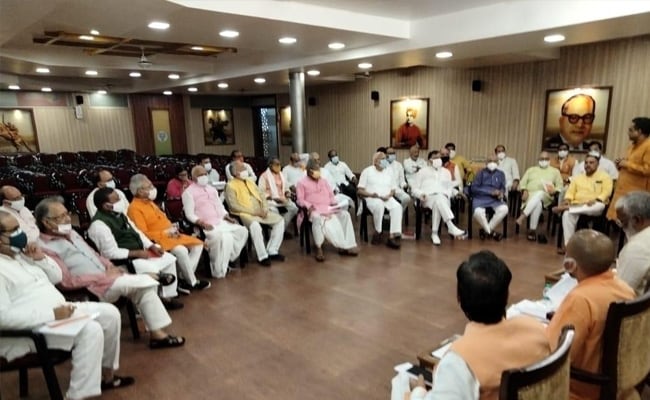 After lunch with Keshav Maurya, Yogi Adityanath attended a meeting of top BJP leaders at the state office

BJP sources said the flurry of activity represented a thaw in the working of the state unit of the party and the government.

Right before that trip, Radha Mohan Singh - a former Union Minister and the BJP's state in-charge - and BL Santosh - the BJP's Organisational Secretary - spent three days in Lucknow meeting the Chief Minister, his deputies and other BJP leaders. 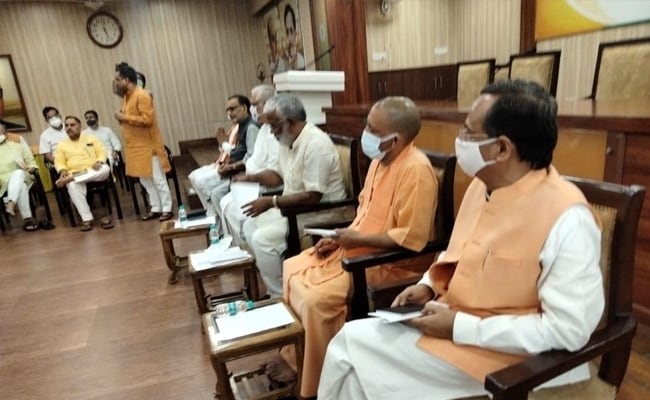 There had been murmurs in the party against Yogi Adityanath, with several leaders privately expressing concerns about his handling of the Covid crisis and his "inaccessibility" even to his own party leaders. Some even wrote letters about the mishandling of the pandemic.

In April, a "confidential" letter by Law Minister Brijesh Pathak, a prominent Brahmin face of the party, surfaced on social media. In it he had lashed out at state health authorities, complaining that beds for Covid patients were too few and ambulances took hours to arrive even in the state capital. 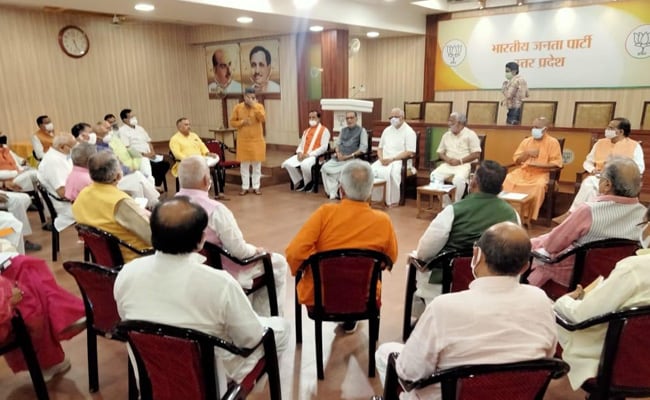 The minister did not reject the authenticity of the letter, which appeared to challenge the state government's claims it was on top of the situation.

But the BJP has made it clear Yogi Adityanath - one of the party's most prominent faces - will lead it in next year's election.

The party did explore other avenues of course correction - including a reshuffle in the state cabinet and import of leaders from other parties. The cabinet expansion is yet to take place.

AK Sharma, a former IAS officer close to the Prime Minister - and who was sent to UP as a member of the state's legislative council - was tipped to become a minister in this reshuffle. He has instead been made a vice president in the UP BJP , seen as sort of a victory for Yogi Adityanath in BJP circles.

Party sources have said for now no reshuffle will take place.